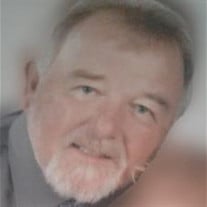 Mission/Hamilton, Ohio- Barney Sandlin, 64, passed away on Saturday, December 18, 2021, at McAllen Medical Center. On March 26, 1957, Barney was born to Frank Sandlin and Virginia Asher Sandlin in Hamilton, Ohio. Barney and his twin brother, Bill, were the oldest of eight children. Barney met Linda Ratliff shortly after graduating from high school, and they were an instant match. After Linda graduated from high school, the couple married and had one son, Jeff. For most of his career, Barney worked for the local paper mill, Champion International Papers. After retiring, he went to work for Control Comfort Heating and Air, installing air conditioners and heaters. Linda worked for the local college. Once Barney and Linda were both retired, they became “Winter Texans”, spending their winter months in the Rio Grande Valley. Barney had lots of hobbies. He loved to take his son Jeff deer hunting, and they made priceless memories. Barney and Linda enjoyed boating and spending time on the water. They also bought a camper and traveled to Yellowstone, Colorado, and other national parks. In addition, Barney and Linda were able to take several cruises and tour Alaska. Many of these vacations were spent with family and friends. Barney rode a motorcycle, but later in life, he also took up bike riding, going on a week-long bike ride on the Florida panhandle, one of many adventure rides. Barney was most passionate about racing. He bought Jeff a go-cart and spent nights and weekends fixing it up for racing. Barney loved drag racing and his role as a mechanic on the race crew. Barney and his friends were a force to be reckoned with and took home the coveted first-place trophy and the NHRA drag racing competition in 2017. Barney was a generous man. He was the first to help others in need, friends, family, or strangers. If there was a need and Barney had the means to help, he always stopped what he was doing to serve others. Barney was a family man, and his grandchildren were his pride and joy. Barney is preceded in death by his father, Frank Sandlin, twin brother, Bill Sandlin, and baby brother, Ralph Sandlin. He is survived by his loving wife, Linda Sandlin, mom, Virginia Sandlin, son Jeff Sandlin (Ashley), grandchildren, Annsley and Willie Sandlin, brother, Terry Sandlin, sisters, Vicky Smith, Debbie Chumley, and Kim King (Jerry+), and numerous nieces and nephews. Visitation will be on Wednesday, December 29th, 3pm, followed by a celebration of life and reception at 4pm, at Ross Christian Church, 3756 Herman Rd. in Hamilton, Ohio, 45013.

The family of Barney Sandlin created this Life Tributes page to make it easy to share your memories.

Send flowers to the Sandlin family.