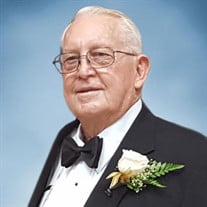 Weslaco/Farmington: Charles Ward Kromer Jr. 83, went to be with the Lord Tuesday, December 8, 2020. Charles was born on August 7, 1937, to Charles Ward Kromer Sr. and Vera Gladys Ryan on a cotton farm in Hollis, Oklahoma. The family moved to San Antonio, where Charles and his brother and sister grew up. Charles was a natural athlete and excelled in competitive sports. He was most competitive in basketball and track. He funded his college education by playing on the Texas A&I basketball team. Charles was also active in ROTC while in college. After graduating from Texas A&I, Charles earned his Master's Degree from Sul Ross State University, where he began his part-time career of refereeing college games, a second job he continued throughout his life. Sul Ross is also where he met his soul mate, Alyce Ray. Charles and Alyce were married in 1965, and it was a whirlwind of adventure. They started their family in Somerset, Texas, where Charles worked as a teacher, principal, and head coach. While in Somerset, Charles coached the varsity girls basketball team taking them to the Texas state finals. He was also one of the founding coaches in Texas to petition for girls track to become a UIL event. Charles worked his way up to Superintendent of Schools, and his career required the family to move often. Charles accepted a position in the Rio Grande Valley as the head girls basketball coach in the mid-80s. While in Weslaco, Charles was the founder and first president of the RGV Basketball Coaches Association. He also led the Weslaco Pantherettes to compete in the Texas state regional basketball championships, where he had the privilege of coaching his oldest daughter Alyssa. In 1993, the couple moved to Farmington, New Mexico with their twin teenage daughters, Misty and Kristy. Charles worked as head coach for the Shiprock Girl's Varsity Basketball team, leading them to state competition every year until his retirement. Although retired, Charles and Alyce both became adjunct instructors at San Juan College. Not surprisingly, Charles came out of retirement to take on another coaching position, leading the Kirtland Varsity girls basketball team to win the New Mexico State Championship, a long-awaited career goal. Charles was also instrumental in revitalizing the Kirtland Youth Association, an after school and summer program serving the youth in the San Juan, New Mexico area. He facilitated the funding of a brand new facility. Kirtland's community was so thankful for his help, they named their brand new gym, "Charles Ward Kromer Jr." Gymnasium, and dedicated the day to him. Although education and coaching were Charles's chosen professions, he was about so much more. He continued refereeing games throughout his entire life, always working a second job to ensure he met his family's needs. Some of these evening games were hours away from home, but Charles never turned down a job and never complained. He was six hours shy of earning his Ph.D., but raising five children required lots of extra refereeing in the evenings, so the family took precedence, and sacrifice came naturally to Charles. Charles was a talented woodworker, learning from his father, who was a carpenter. Every time the family moved to a new home, Charles remodeled it before the family moved in. Ensuring that his carpentry skills were passed on, he taught both his sons, Kevin and Chris not only construction but the valuable lesson of hard work and doing things right the first time. He built clocks, furniture, cradles, rocking horses, and toy boxes for his kids and grandchildren and even helped renovate gym floors. Charles lived and breathed sports. As a young boy his father signed him up to compete in Golden Gloves where he learned to fight. His favorite teams were the Astros, Spurs, and Cowboys, but he loved all sports and competitions. Charles was a great cook and enjoyed barbecuing for his family and friends. Charles knew a little bit about everything. He had lots of careers and hobbies that shaped his knowledge. To name a few, Charles had a pilot's license, he worked on the King Ranch, where he even tried his hand at riding bulls. He drove an ambulance, worked at a funeral home, taught driver's education, managed an office supply store, sold school fundraising programs in a thirty-seven county territory in west Texas, and even became an ordained pastor. Becoming an ordained pastor, one of his countless goals, was the most important of all. He was able to dedicate and baptize many of his grandchildren. Charles's Christianity is evident throughout his career and life. He visited nursing homes to spread God's word and founded Mountaintop Ministries in Farmington, New Mexico. Charles and Alyce moved back to Weslaco, Texas, in 2017 and joined the First Baptist Church in Weslaco. Charles continued to serve, leading the Christian Youth Basketball League just last year. Charles lived a life of faithfulness, integrity, compassion, dedication, humility, and generosity. He led by example, and his character was firm and never wavered, a true disciple of Christ. Charles is preceded in death by his parents, Charles and Vera Kromer, and sister, Josephine Eutzy (Les). Charles is survived by his loving wife of over fifty-five years, Alyce, children, Kevin Kromer (Debbie) of Harlingen, Alyssa Edwards (LTC (Ret) Dominick) of Boxsprings, GA, Chris Kromer (Sylvia) of Weslaco, Kristy Vaughan (William "Ty") of La Feria, Misty Bakane (Johnny) of Louisville, KY, brother, COL (Ret) Bill Kromer (Joy), grandchildren, Madison Nicole Kromer, Benjamin, Joshua (Katie), and Danielle Edwards, Christian, Cameron, Brenden Kromer, Hunter, Austin, Caleb Vaughan, John, Molly, Charlotte, and Lily Bakane. Visitation will be Monday, December 14th, 4-8 pm, at McCaleb Funeral Home. A celebration of life will be Tuesday, December 15th, 10 am, at First Baptist Church in Weslaco. Contributions can be made to RGV Mid Valley Camps, memo, the "Future Charles Kromer Scholarship Fund" and mailed to PO Box 534 Weslaco, TX 78596.

Weslaco/Farmington: Charles Ward Kromer Jr. 83, went to be with...

Send flowers to the Kromer family.