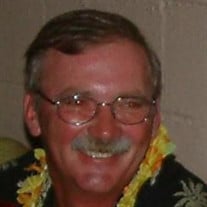 Donna-David &#8220;Dave&#8221; Charles Boswell 72 passed away Monday, December 6th, 2021 at Knapp Medical Center In Weslaco, Texas. After a courageous battle with Cancer and Diabetic complications. He was a model patient determined to do his... View Obituary & Service Information

The family of David Charles Boswell created this Life Tributes page to make it easy to share your memories.

Send flowers to the Boswell family.