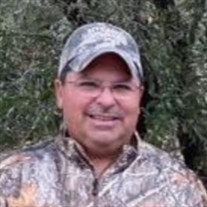 San Antonio/Weslaco- Eric Givilancz, 56, passed away November 11th, 2021, at Northeast Methodist Hospital in San Antonio. He is basking in glory playing on Heaven’s finest golf courses, along with his Dad and Jesus. On March 30th, 1965, Eric was born to Mike Sr. and Esmeralda Cantu Givilancz, 6th born of seven children, and Eric loved his siblings with all his heart. There wasn’t anything he wouldn’t do for any of them. Eric grew up in Weslaco and was active in football and excelled in golf. After graduating from Weslaco High school in 1983, he took a leap of faith and attended Texas A&M University, a first-generation Aggie. He was the epitome of an Aggie, and he gave selfless service to others every day of his life. Eric fell in love with College Station and went to work for the city in parks and recreation. He worked his way up to supervisor and managed all the city concessions, as well as the organization of all parks and recreation sporting and community events. During this time, he enlisted baby sister, Tricia, to help work at the ballparks during summer break. Eric's love for Aggieland was infectious, and the tradition continued with Tricia, her children, and Eric's children. It was in Aggieland where Eric met his soulmate, Karen Vest. They were married in 1994 and spent the rest of their lives together. An Aggie family, through and through. Eric and Karen moved to Schertz, Texas. In 2004 they opened Roadworthy Driving Academy, and together they worked to build a successful business, still thriving seventeen years later. Eric and Karen, along with their team, have taught over 20,000 teens to drive. Eric lived a lifetime every day. Eric and his family were active and loved to be and play together. Fishing, hunting, golfing, boating, and camping were their favorite pastimes. Eric was most passionate about golf and hunting. Eric and his brothers, Charlie and Raymond and his son Tyler, made priceless memories while enjoying nature and hunting. The golf course was Eric's playground, where he gave advice and built special friendships, like Victor, David, Wade, Toby, Richard, and countless others. Eric's family and close friends were the most important thing to him, and he would do anything for them. He was honest, fair, kind, loving, sensitive, passionate, giving, affectionate, and would give everything he had if he thought it would genuinely help you. He was tough when tough was required and always told it like it was. You always knew where you stood with Eric. He was honest and would tell you the truth even when the truth was hard to hear. Eric was also funny, his laughter was contagious, and his spirit was always joyful. Eric loved his Aggies and his Cowboys. Saturdays and Sundays would find him either on the golf course or watching the game and usually coaching from the recliner. He raised his children to be like him, and Erin and Tyler are on their way to being wonderful, successful, driven, loving young people who have the brightest future thanks to his love, nurturing guidance, and life lessons. We will miss our conversations around the table about life, love, right and wrong, boyfriends, girlfriends, sports, and so many other topics we listened to and learned from him. Eric will be missed to the greatest ends of the Earth and the stars. He was extremely loved by all who were lucky enough to be a part of his life. He was the GREATEST GUY, EVER. Eric is preceded in death by his father, Mike Givilancz Sr. He is survived by his loving wife, best friend, business partner, and soulmate, Karen, Mother, Esmeralda Cantu Givilancz, his daughter, Tori Givilancz Quemada (Jeff), daughter, Erin Givilancz and son, Tyler Givilancz, siblings, Mike Givilancz, Jr., Oklicia Givilancz, Charlie Givilancz (Cielo ƚ), Leticia Givilancz Long (Craig), Raymond Givilancz (Elisa), and Tricia Givilancz Cisneros (David). In lieu of flowers, Eric’s family would like to have contributions made to Wounded Warrior Project https://www.woundedwarriorproject.org/, St. Jude’s Children’s Hospital https://www.stjude.org/, and Tunnel to Towers https://t2t.org/. Visitation will be Saturday, November 20th, 12-3pm, with 2 pm Rosary and celebration of life at 3pm at McCaleb Funeral Home in Weslaco.

San Antonio/Weslaco- Eric Givilancz, 56, passed away November 11th, 2021, at Northeast Methodist Hospital in San Antonio. He is basking in glory playing on Heaven&#8217;s finest golf courses, along with his Dad and Jesus. On March 30th, 1965,... View Obituary & Service Information

The family of Eric Givilancz created this Life Tributes page to make it easy to share your memories.

Send flowers to the Givilancz family.