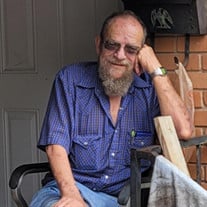 Weslaco: Glen Lemke Sr., 75, passed away at his home in Weslaco on Sunday, March 6, 2022. On December 14, 1946, Glen was born to Ralph and Belvia (Atkins) Lemke in Estherville, Iowa. After graduating from high school in Casey, IA, Glen joined the U.S. Navy. After being honorably discharged, Glen took training to become a machinist and worked for LTV Corporations assembling tail sections of B747 airplanes. In January of 1968 while living with grandparents in Waxahachie, Texas, he met his soulmate, Sharon Sissom, in Dallas at a skating rink. They married in May the same year and spent the rest of their lives together. Glen and Sharon moved to Minnesota and purchased the family business, Lemke Awning Co. Glen and Sharon were a great team, and both had great ambition. Together they discovered innovative ways to enhance and ultimately grew their family business. Glen and Sharon worked long hours to make their business a success, and their two boys, Glen Jr. and Leon, helped as soon as they were able. Finally, after forty years, Glen and Sharon retired and looked for a warmer climate. They arrived in Weslaco, Texas, in 2006. Glen was a work-a-holic and never fully retired. He and Sharon opened a business at Don-Wes Flea Market, which required long hours, but Glen wouldn’t have it any other way. Glen loved to work. When he wasn’t working, which was rare, he and Sharon attended ASD Buyers conventions in Las Vegas. Glen enjoyed playing slots and blackjack on his phone, and spending time with his grandkids. He also enjoyed cribbage, 42, smoking cigarettes while sitting on the porch, and watching Wheel of Fortune. Glen was patient, caring, and loving. He always took the time to listen before giving advice, but he was a man of great wisdom, and his children always appreciated dad’s input. Glen is preceded in death by his parents, Ralph and Belvia Lemke. He is survived by his loving wife Sharon of fifty-three years, sons, Glen Lemke Jr. (Dawn) of Springtown, Texas, Leon Lemke (Kyla) of Olathe, Kansas, and grandchildren, Denver, Dana, Keira, Olivia, and Isabel and his twin brother Dave Lemke.

Weslaco: Glen Lemke Sr., 75, passed away at his home in Weslaco on Sunday, March 6, 2022. On December 14, 1946, Glen was born to Ralph and Belvia (Atkins) Lemke in Estherville, Iowa. After graduating from high school in Casey, IA, Glen joined... View Obituary & Service Information

The family of Glen Lemke Sr. created this Life Tributes page to make it easy to share your memories.

Send flowers to the Lemke family.