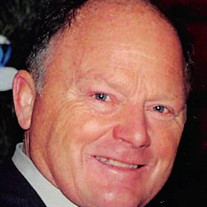 Harris Keith Shellito, 75, Weslaco, Texas, passed away on Thursday, November 14, 2019. Harris was born January 30, 1944, to Harold and Myrtle (Ellis) Shellito in Fargo, ND. He was one of 6 children. Harris grew up on a farm and learned what it meant to work hard. He lost his father at a young age and became quite attached to uncles and aunts. He attended Moorhead High school where he became involved with sports. He excelled at everything he did. He quickly turned to Wrestling as his passion and he eagerly coached that sport. Harris graduated from Moorhead State University and later received his Master’s degree in Education. He taught Physical Ed. and Health at Thomas Edison Elementary School in Moorhead, MN during his 32-year career. He loved working with children and enjoyed his profession. He joined the Marine Corps in 1964 and received numerous medals and awards for excellence in his performance. He was awarded Honor Man of his Platoon. He was very proud of his Marine tour in the Viet Nam war. Harris married Candace Allen; the mother of his children. The most important thing in his life was when he received Christ as his Savior in October 2000. He had a great love for the Lord and that acceptance was very obvious in how he lived his life. During his teaching career, he met Patricia Shellito (Merten) and they married on December 16, 2000. Harris will be greatly missed. He is survived by his wife of nineteen years; Patricia (Patti) of Texas, his children; Andrew Shellito, Sarah Shellito, her daughter; Lydia Shellito; all of Minnesota, his caring stepchildren and grandchildren; Amy Bray, her children Miles and Ethan Bray, of Missouri; Christopher (Stacey) Decker of Minnesota; his siblings, Larry(Evonne) Shellito, Sherry (Bruce) Akins, Bruce (Joyce) Shellito, Kathleen Shellito and Candace Alan, all of Minnesota, and Kathleen Arnold, of Arkansas. He was preceded in death by his father, Harold, his mother, Myrtle, brother James Shellito, and brother-in-law, Ronald Arnold. Harris was loved by so many, especially his wife, Patti, who was his Care Giver for 8 years. His wife would like to send heartfelt thanks to those who prayed for us while on this journey, the friends and family who visited, and the kindness and support from the staff at Alfredo Gonzales State Veterans Home in McAllen, TX. A graveside service will take place on May 8th, 2020, 3:00 pm at Minnesota State Veteran’s Cemetery in Little Falls, Minnesota. A fellowship gathering will follow the service.

Harris Keith Shellito, 75, Weslaco, Texas, passed away on Thursday, November 14, 2019. Harris was born January 30, 1944, to Harold and Myrtle (Ellis) Shellito in Fargo, ND. He was one of 6 children. Harris grew up on a farm and learned what... View Obituary & Service Information

The family of Harris Shellito created this Life Tributes page to make it easy to share your memories.

Send flowers to the Shellito family.