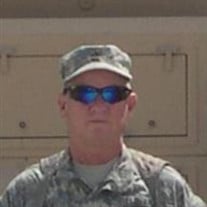 Rio Hondo/Elmendorf: Hubert “Leslie” Smith III, 67, passed away on Friday, November 26, 2021, at his home in Rio Hondo. In Bellaire, Texas, he was born to Hubert L Smith Jr. and Sarah Smith on September 1, 1954. Hubert grew up in Corpus Christi with his brother Larry. His family and friends called him Butch. He attended Tuloso-Midway High School and played football. Leslie attended Southwest Texas University before enlisting in the military. Leslie started his military career in 1977 and worked his way up to sergeant major in the US Army National Guard. As the Regional Police Advisory Command (R.PAC)-North, SGM Hubert Smith was directly involved in every facet of daily Police Mentor Operations throughout the Northern, Afghanistan Region. He was responsible for the accountability, training, and logistics for all RPAC - North personnel deployed across the region at Camp Mike Spann, the Mazar-e- Sharif Regional Training Center, FOB Konduz and FOB Meymaneh. SGM Smith was the senior NCO for 135 Police Mentor Team personnel, Security Forces (SECFOR), and staff sections. He strictly enforced policies and procedures that developed Junior and Senior NCOs into becoming the standard bearers of this unit. SGM Smith was personally responsible for the success of a training surge effort which added over 200 new police officers to the Afghanistan National Police Force. He managed two class cycles of eight weeks for over 100 police students each. He coordinated with Afghan Instructors, DynCorp Mentors and German Police Project Team members for the training, logistics and life support systems for this training site. SGM Smith went on to become FOB Meymaneh’s NCOIC from August 2008 to December 2008. He continued to look out for the welfare of all personnel assigned to him by ensuring that all life sustaining systems were up to standard caring for over 50 military and civilian personnel on a remote FOB. His ability to influence and lead has no limits and has been significantly instrumental in the overall success of Operation ENDURING FREEDOM in Afghanistan. His actions bring great credit upon himself, Regional Police Advisory Command-North, Afghanistan Regional Security Integration Command-North, and the Combines Security Transition Command Afghanistan. Leslie was deployed several times since 911. Some of his deployments include Pueblo, Colorado in 2002-2003 to guard chemical weapons, Operation Iraqi Freedom in 2005, Operation Enduring Freedom VIII in Afghanistan in 2008, Beyond the Horizon-Guatemala in 2010. His last mission was on the Texas border before retiring in 2013 after serving 36 years. Butch retired with numerous medals and honors. Leslie enjoyed sports, especially hockey. His favorite teams were the San Antonio Iguanas in the ’90s and, most recently, the Dallas Stars. He loved to fish all his life and enjoyed the extra time on the Arroyo Colorado during his retirement. He also loved to hunt doves, deer, hogs, quail, and turkey. Leslie was full of energy and charisma, but his friends and family knew not to talk to him till he had his first cup of coffee. Leslie and Tricia had a blind date at an art festival in Corpus Christi set up by mutual friends in 1986. Leslie and Tricia had an instant connection, love at first sight. They were married in three months and spent the rest of their lives together, living the first few years in Corpus Christi. Then, in 1994, they moved to New Braunfels, where Leslie gave his life to Christ. They have been living in Elmendorf and the Rio Grande Valley in recent years, enjoying their retirement. Leslie and Tricia had three mini dachshunds. Leslie loved them so much. While he was at war, he would have his dirty T-Shirts shipped home so the dogs would be comforted by his scent. Leslie is preceded in death by his father, Hubert Leslie Smith Jr., and his mother, Sarah Smith; his aunt, Georgia Ann Wood, and uncle, Bill Wood. He is survived by his wife of 35 years, Tricia Smith; his brother and sister-in-law, Larry and Lori Smith of Austin, TX; cousins Kelly Nelson(Tom) of San Antonio, TX; Hollis Wood(Tonie) of Boerne, TX and Jason Wood(Tiffani) of League City, TX; and one nephew, Colin Smith. Visitation will be held on Saturday, December 11, 2021, at 10 am, followed by a celebration of life at noon at McCaleb Funeral Home in Weslaco. On Friday, December 17, 9:15 am, Burial will follow at Fort Sam Houston in San Antonio, Texas.

The family of Hubert Leslie Smith III created this Life Tributes page to make it easy to share your memories.

Send flowers to the Smith family.