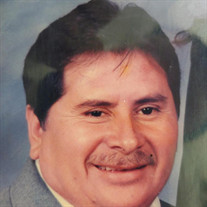 Progreso: Ismael Gaspar Sr., 63, entered God’s Kingdom on Saturday, January 16th, 2021. He was at Valley Baptist Medical Center in Harlingen. Ismael was born on March 18th, 1957, to Feliciano “Chano” Gaspar and Eira Banda Gaspar in McAllen, Texas. Ismael grew up all over the valley, traveling to Rio Bravo, Hidalgo, and McAllen. He met and married his soulmate, Maria Julia Garza, in 1979. The couple moved to Progreso, Texas, where they raised their four children. Ismael was an avid reader, and his book of choice was the Holy Bible. He felt a calling from a very young age and attended seminary school briefly in his early twenties. However, providing for his family was a top priority, so Ismael worked in commercial roofing and as Security Officer in Progreso ISD. He finally found the time to go back to seminary and graduated from Wayland Baptist University. Ismael had served as Pastor for many years. In 2005, Ismael finally achieved one more dream and founded Iglesia Bautista Sublime Gracia in Progreso, Texas. Ismael spent his life kindly serving his community and working for God. He led by example and believed in Faith by Action. He always strived to bring others to Christ and never gave up on his calling of witnessing to others. Ismael enjoyed boxing when he was younger and watching it on television when he was older. He loved spending time with his family and his congregation. Ismael is preceded in death by his parents, Feliciano and Eira Gaspar. Surviving are his son Pastor Ismael Gaspar Jr. of Progreso, his children's loving mother Maria Julia Gaspar, daughters Sarai Gutierrez (Alfonso Gutierrez Sr.) of Progreso, Ana Garcia (Jaime) of Monte Alto, Betsy Conteras (Luis Contreras) of Austin, sisters, Licha Galvan (Arnulfo+), Abigail Gaspar, and Tavita Leos (Polo), grandchildren, Penelope Chloe Gaspar, Isabella Julianna Gaspar, Matthew Landon Alvarado, Zaira Gutierrez, Luis Alfonso Gutierrez Jr., Sandra Sarai Gutierrez, Brooklyn Grimaldo, Simon Grimaldo, Ismael Grimaldo, Cielo Garcia, and Stearling Contreras. Visitation will be Friday, January 22nd, 2021, from 12-9 pm, with a prayer service at 3 pm. The funeral service will be Saturday, January 23rd, 10 am, at McCaleb Funeral Home, followed by burial at Sacred Park Cemetery in Mercedes.

The family of Ismael Gaspar Sr. created this Life Tributes page to make it easy to share your memories.

Send flowers to the Gaspar family.