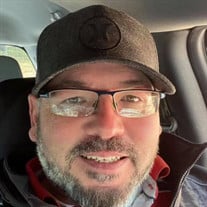 Weslaco: Jonathan "Johnny" Limas, 46, passed away in a tragic car accident on Tuesday, September 28, 2021, in Kingsville, Texas. On June 26, 1975, Johnny was born to Nieves "Snowy" Limas and Robert Sauceda in Weslaco, Texas. Johnny loved watching football and especially the Dallas Cowboys. He also enjoyed singing karaoke, fishing, and barbecuing with family and friends. Johnny had a 1979 TransAm and spent countless hours fixing it up. Most importantly, Johnny loved his children and spending quality time with Adam, Paige, and Jonathan Jr. He adored his children and everyone who knew Johnny, knew they were his world. Johnny also treated his niece and nephew, Samantha and Trey, like his own. He taught them to play sports, attended ballet recitals and every event possible. Johnny was like a second father to them. Johnny was also very close to his siblings and his younger brother, Joey, was his best friend. Johnny believed family gatherings were important and always sought out his family during the holidays. Johnny was kind, loving, and caring. Johnny was quick with a joke and had a contagious laugh that made him so likable and huggable. You became an instant friend after meeting him. Johnny worked in management for many years. Most recently, he was working at IEA (Infrastructure & Energy Alternatives Inc.) as a construction foreman. Johnny is preceded in death by his father, Robert Sauceda. Johnny is survived by his mom, Snowy Limas, children, Adam, Paige, and John Jr., siblings, Richard Limas, Roy Limas (Vivian), Debbie Michaelwicz, Cassandra Alaniz (Jerry), James Limas, Joseph Limas (Olga), Bobbi Joe Caveness, and Michelle Gutierrez, nieces and nephews, Samantha Moore (Gary), Servando Cuellar III, Richard, Corey, Jackie, Jerry Jr, Diego, Lexis, Iliana, Alexander, Christian, Diamond, Marissa, and Simon. Visitation will be Sunday, October 3rd, 1-9 pm, with a rosary at 7 pm, followed by sharing of memories. Visitation will follow Monday, 9 am-1:30 pm on October 4th, followed by Mass at St. Theresa of Infant Jesus Catholic Church in Edcouch. Burial will follow at Sacred Park Cemetery in Mercedes. If you would like to contribute to funeral services, you may do so by using this link, and please enter Johnny in the memo. https://portal.icheckgateway.com/McCalebFuneralHome/Default.aspx

The family of Jonathan "Johnny" Limas created this Life Tributes page to make it easy to share your memories.

Weslaco: Jonathan &quot;Johnny&quot; Limas, 46, passed away in a tragic...

Send flowers to the Limas family.