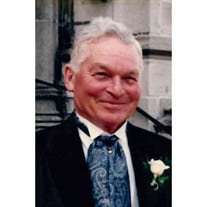 KIRK FORREST SCHWARZ Kirk Forrest Schwarz, beloved husband, father, grandfather, great-grandfather, farmer and friend passed away on August 19, 2016. Kirk was born on March 8, 1931, in Weslaco, Texas to George August Schwarz and Connie Elizabeth Davison Schwarz. He graduated from Mercedes High School in 1949. While in high school, he was very active in FFA (Future Farmers of America) and was President of the Mercedes Chapter. During his senior year, he served as State Vice President for FFA. Among his other awards were Lone Star Farmer, Area Farmer, and Chapter Farmer. He graduated from Texas A & M University in 1953 with a degree in agriculture engineering. He was a first lieutenant in the Texas A & M Maroon Aggie Band, president of the American Society of Agricultural Engineers, a member of Alpha Zeta and was graduated as a distinguished student. After graduation, Kirk joined the United States Air Force and became a First Lieutenant Air Pilot from 1953-1956. He received the silver wings of a jet pilot in November 1954 from Laredo Air Force Base and was transferred to Travis Air Force Base as pilot on a C-124 Transport to Japan plus other countries during his commission in the United States Air Force. In 1956, Kirk married the love of his life, Linda Copeland Schwarz. For almost 60 years, they farmed and raised a family in Mercedes. He was a member of the Hidalgo & Cameron County Water District No. 9 for 44 years and for many years was a member of First United Methodist Church in Mercedes where he loved singing in the choir. He was a long time member of Texas Farm Bureau and participated on various boards for the promotion of agriculture in the Rio Grande Valley. He loved his family, friends, farming and flying. He was preceded in death by his parents George August Schwarz and Connie Elizabeth Davison Schwarz, his brother George Schwarz, Jr., and his sister Nancy Plante. Kirk was deeply loved and will be greatly missed by his family. He is survived by his wife Linda, daughter Kim (Darwin) Crawford of Lake Orion, Michigan, daughter Melissa (Frank) Douma of Austin, Texas, and daughter Suzanne (Stephen) Shepard of Harlingen, Texas, grandchildren Michael Crawford, Lauren (Steve) Sloan, Zachary and Kalli Douma, and Carl (Stacey) Shepard and Brian Shepard. He is also survived by his great-grandsons Jameson Sloan, Noah Shepard, and another great-grandson Callum Sloan on the way, his sister JoAnn Short, his brother David (Michelle) Schwarz, his brother-in-law Roland Plante, sister-in-law Carol Copeland, sister-in-law, Millie Spencer, and numerous nieces, nephews and many dear friends. A celebration of Kirk's life will be held at McCaleb Funeral Home in Weslaco, Texas on Tuesday, August 23, 2016, at 10:00 a.m. with burial to follow at Ebony Grove Cemetery in Mercedes, Texas. Rev. Scott Brown of St. Alban's Episcopal Church will officiate. Honored to serve as pallbearers will be Mike England, Steve Freeman, Chuck McCutchen, Jack Rainwater, Timothy Schwarz, and Michael Schwarz. Honorary pallbearers will be the Hidalgo & Cameron County Water District No. 9 board members. The family wishes to extend special thanks to Tami Dittburner and her staff at Friendly Neighborhood Health Clinic for their loving care and concern. The family also wants to thank Joanne Folsom, Christina, Letty, Allysa, Christine, Ofelia, Anna, Lee and the nurses and staff at Golden Palms for their help and support. In lieu of flowers, donations may be made to Immanuel Lutheran School, 703 West 3rd Street, Mercedes, Texas 78570, Gladys Porter Zoo, 500 East Ringgold Street, Brownsville, Texas 78520 or the charity of your choice.

The family of Kirk Schwarz created this Life Tributes page to make it easy to share your memories.

Send flowers to the Schwarz family.