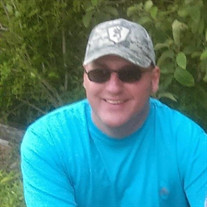 Mission- Marco Antonio Sigala Sr. was born January 10th, 1967, in Mercedes, Texas to Antonio Sigala and Adela Olivarez. After graduating from Weslaco High School, Marco continued his education at TSTC in Harlingen. Marco was brilliant and was able to accomplish anything he set his mind to. His intelligence and drive led him to open his own construction company, AVS (Antonio Villa Sigala) Construction Company, a thriving business for many years. Marco loved sports, especially football, and basketball. His favorite teams were the Green Bay Packers and L.A. Lakers. He was extremely outgoing and loved having friends and family gatherings. A barbecue on the patio was a perfect treat at the end of a hard workday. Marco supported and loved all of his family and was the one they called on when there was a challenge. One of Marco’s greatest strengths was his ability to make everyone feel comfortable, secure, and loved. Marco was easygoing and fun, but the most important thing in Marco's life was his relationship with Jesus Christ. Marco is preceded in death by his father, Antonio Sigala, and son, Marco Sigala Jr. He is survived by his mom, Adela Olivarez, wife, Esther Villa, daughters, Anna Sigala and Christina Sigala, grandchildren, Hunter Guardiola, Aubrey Serna, Winter Serna, Liam Rodriguez, Stepchildren, Donna Caballero, Armando Caballero, sisters, Esmeralda Medrano, Veronica Rose Diaz, brother, Francisco Sigala, half-brothers, Joel Ramirez and Eliseo Ramirez, half-sisters, Ruth Ramirez Richards, Mema H. Ramirez, and eighteen nieces and nephews. Visitation will be Tuesday, March 30th, 4-9pm, at McCaleb Funeral Home, with a celebration of life at 7pm. We will meet at McCaleb Funeral Home on Wednesday, March 31st, 2021, at McCaleb Funeral Home, 2pm, to pay our final respects, followed by a graveside service at Sacred Park Cemetery in Mercedes.

The family of Marco Sigala created this Life Tributes page to make it easy to share your memories.

Send flowers to the Sigala family.