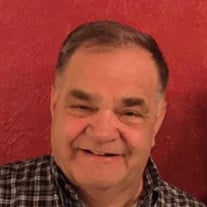 Weslaco: Robin Joel Peterson “Rob,” 63, passed away suddenly on Saturday, November 14th, 2020. Rob was born on April 6th, 1957, in Edina, Minnesota, to James Peterson and Doris Wilson Peterson. Rob married Sue Markusse in 1982 and relocated to Weslaco, Texas, where the couple spent the rest of their lives, embracing the community and making priceless contributions and friendships. Rob began a career in sales, while Sue pursued a career in education. After twenty years with Gulf de Bryan produce and much encouragement from Sue, Rob retired from sales and began a career in education. To say that this was Rob’s true calling would be an understatement. He was passionate about teaching, and his love of reading was infectious. He had a knack for turning reluctant readers into willing and, sometimes, avid readers. Rob was a huge proponent of higher education; having earned his Master’s Degree, he encouraged his students to take the opportunity to learn seriously and continue college. Rob was also inspirational in persuading some of his students to consider a career in teaching. Many of these students reached out long after they had completed their education to thank him. Rob loved to run into his students and hear about their successes in life. After retiring from Weslaco ISD, Rob took his enjoyment of cooking to another level, and Tio Roberto’s was born. Tio Roberto’s specialty was homemade jams and jellies with a “kick.” A few of the most popular flavors, Rasberry Chipolte, Mango Habanero, and Prickly Pear Cactus Jelly. Rob would set up at local trade shows and farmers markets throughout Texas and, most recently, Alfresco to market his jelly. Tio Roberto’s jams and jellies were a hit and quickly became a favorite local staple. Rob will always be remembered for his commitment to his faith and community. Rob was a member of the First Presbyterian Church of Weslaco for over forty years, where he served on numerous boards and committees and gave selflessly of his time and gifts. With Sue always by his side, Rob was also a proud contributing member of our local community. Rob served the city of Weslaco in various facets, whether he was cheering on the Weslaco East athletic team, working a fundraiser for the local Chamber of Commerce, or museum, helping at the Weslaco Onion Fest, or just being a supporter of community events. He also served in the Weslaco Rotary Club, Knapp Medical Center Foundation, and the Weslaco School Board. Rob was an integral part of Weslaco and will always be remembered and loved. Rob had a big heart and a cheerful personality. His students recall that he never asked or cared where they came from, he believed every one of them had the potential to succeed, and it was this unique trait that, in fact, many of his students attribute to their success. Rob is preceded in death by his father, James Peterson, and brothers, Dirk Peterson and James “Tuck” Peterson. He is survived by his loving wife and best friend, Sue, his mom, Doris Peterson, sons Jacob Peterson (Candice), Matthew Peterson (Haley), grandchildren, Caden, Hunter, and Fyonna Peterson. A celebration of life will be Friday, November 27th, 2020, at 10 am, at the First Presbyterian Church of Weslaco. Contributions in Rob's memory can be made to the Aurora House of Weslaco or the First Presbyterian Church of Weslaco.

The family of Rob Peterson created this Life Tributes page to make it easy to share your memories.