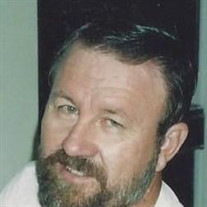 Robert J. Rektorik passed away at Valley Baptist Medical Center on October 10, 2019. He was born on September 28, 1939, to Julius Rektorik and Elizabeth Lollie Ermis Rektorik in Robstown, TX. An Eagle Scout and a graduate of Texas A&M, Bob served in the U.S. Army. He worked for 33 years as an agricultural engineer for the USDA Agricultural Research Service in Weslaco, TX. Following retirement from USDA, he grew and sold hay for 15 years. He has served as a member of the Hidalgo County Emergency Services District #1 since 1983. He was a member of St. Pius X Catholic Church and the Weslaco Lions Club. He loved hunting, fishing, and especially his family. He is survived by his loving wife of 37 years, Debby, children, Jennifer Rektorik of Weslaco, TX, and William (Bianca) Rektorik of Merritt Island, FL. Also surviving are sisters, Elizabeth (Bob Heinonen) Seibert of Blanco, TX, Judith (Kevin) Stowers of Kingsville, TX, Linda (Lamar) Conrad of Orange Grove, TX, Susan Rektorik Henley, and brother-in-law, Ed Sprinkle of Denton. He has numerous nieces and nephews. Bob is preceded in death by his parents, Julius and Lollie Rektorik, and sister, Patricia Rektorik Sprinkle. Bob was an avid hunter and enjoyed fishing. He was happiest enjoying nature and camping with his family. He loved spending time with his family at Lake Corpus Christi and never missed an opening weekend of deer hunting season. As an engineer, he collected piles of “treasures” to recycle into various projects. His creations were highly functional if not always as aesthetically pleasing as his wife would like. Over the course of three years, working nights and weekends, he designed and built a beautiful home for his family, wife approved. He did all of the work himself except for erecting the metal frame and the final painting. His last problem solved was designing and making a holster for the showerhead to rest at the side of his shower chair. The holster was an old piece of PVC pipe secured to the chair with rust-resistant wire. He also enjoyed puzzles which were a natural outgrowth of his problem-solving skills. A brilliant mind, he kept his check register in his head before computers. Science programs fascinated him, especially those focused on outer space. Because of his intelligence and curiosity, he appreciated and enjoyed conversing with experts in their field. He had fun talking to his son, a launch engineer with SpaceX in Florida, about the future of space flight. Bob and daughter, Jennifer, shared a spirit of volunteering through their Lions Club activities. For several years, they traveled each summer to the Texas Lions Camp for children with special needs to serve watermelon to the campers. He was a big guy who loved small cats and big, black dogs. To make sure his animals were okay, he kept frozen packets of raw chicken especially for them. He’d share a thawed packet a day with the cats and dogs as a way to start each morning. You would see him at dawn surrounded by a tornado of cats. Visitation will be held on Sunday, October 13, 2019, from 5-8 pm with a rosary at 7 pm at McCaleb Funeral Home in Weslaco. A memorial service will be held at 2 pm on Monday, October 14, 2019, at St Pius X Catholic Church in Weslaco. In lieu of flowers, contributions can be made to the Texas Lions Camp, St Pius X Catholic Church, or Aurora House Foundation.

Robert J. Rektorik passed away at Valley Baptist Medical Center on October 10, 2019. He was born on September 28, 1939, to Julius Rektorik and Elizabeth Lollie Ermis Rektorik in Robstown, TX. An Eagle Scout and a graduate of Texas A&M, Bob served... View Obituary & Service Information

The family of Robert James "Bob" Rektorik created this Life Tributes page to make it easy to share your memories.

Send flowers to the Rektorik family.