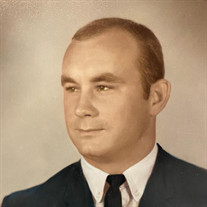 Laguna Vista: Ronald “Ron” Nelson Woodman, 74, passed away suddenly on Tuesday, April 12, 2022, at Valley Regional Hospital in Brownsville. On September 22, 1947, Ron was born to Virgil Jr. and Norma Jean (Anderson) Woodman in Weslaco, Texas. He grew up in Donna and was a great baby brother to Betty Jean and an even better big brother to Connie, always protective and caring. Ron was athletic, a perfect fit for the Donna Redskins football team. He played for Coaches Earl Scott and Bennie La Prade, both infamous for their dedication to building the 1961 Donna Redskin State Championship football team. After graduating in 1966, Ron went to TCU on a football scholarship. The love of the game meshed in Ron’s personality, and he returned to Donna after earning his Bachelor’s degree in 1970. Ron spent his entire career coaching a sport he loved, beginning his career in Donna, where he worked until 1974. Then, Ron moved to Lyford, coached under Richard Flores, then Edinburg, and spent his last ten years coaching in La Feria until his retirement in 2011. After retiring, Ron opened Woody’s Sporting Goods in La Feria and enjoyed the freedom and challenge of entrepreneurship. When Ron wasn’t working, his favorite pass time was golfing. Ron was an avid golfer, and he spent many evenings and weekends on the golf course, making priceless memories and building lifelong friendships. Ron enjoyed watching golf when he wasn’t able to play, and he was able to cheer in another Texan on Sunday before his passing. Ron was a jokester, and fun was his middle name. He was driven and “set in his ways,” but that was one of Ron’s character traits that made others feel secure. Ron is preceded in death by his parents, Virgil Jr. and Norma Jean, and his sister, Betty Jean Woodman Hulme. Ron is survived by his loving wife of forty-five years, Jean Anne, daughter, Alicia Woodman Noriega, son, Ronnie Woodman, sister, Connie McDaniel (Paul), grandchildren, Courtney, Steven Alexander, AJ, Nicolas, and Bryanna Kae. Visitation will be Saturday, April 16th, 3-6 pm, with a Celebration of Life at 4 pm.

The family of Ronald "Ron" Nelson Woodman created this Life Tributes page to make it easy to share your memories.

Send flowers to the Woodman family.