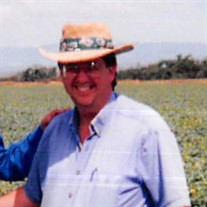 Weslaco-Thomas Rial, 63, passed away on Wednesday, September 9, 2020, at Knapp Medical Center in Weslaco. Tom was born on August 1, 1957, to Richard Charles Rial and Virginia Ann Ward in Chatanooga, Tennessee. The Rial family moved to Weslaco, where Tom grew up with his younger sister, Shannon. He attended Valley Grande Academy, where he graduated from high school. Tom attended Texas A&M and Pan American University, earning a Bachelor’s degree. He married Lisa La Fond, and they raised three wonderful children together. Tom worked as a licensed irrigation engineer for thirty-two years. He worked for Hi-Tech Irrigation for twenty-eight years and soon became an expert in his field. Hi-Tech was later bought out by Irrigation Mart, where Tom continued his flourishing career. Tom was sought after by many local farmers, contractors, and business owners for his remarkable wisdom and knowledge. He always answered his phone, after hours, weekends and holidays. Tom thoroughly enjoyed spending time at the beach. He loved to take long car rides and admire the farmland, fields, and crops for inspiration. Tom was able to travel extensively throughout the country. Tom was also an avid reader and made it a point to “learn something new every day.” He seemed to know a little bit about everything, which helped him make a diverse group of lifelong friends. He was fluent in Spanish which was actually self-taught as he needed it when he traveled to Mexico and Chile for work. Tom was a family man and enjoyed the holidays and weekends with his family. He loved making breakfast for them on Sundays and gladly volunteered to go on those painful Cotsco runs. The most important thing to Tom was his faith in the Lord. He was a lifetime Christian and upstanding member of the Mercedes Seventh Day Adventist Church. Tom instilled his Christian beliefs and values in his precious children and family and led by example, as a Godly son, brother, husband, father, and friend. He was kind, soft-spoken, and never knew a stranger. He often went out of his way to help others in need. Those that knew him knew that he could always be counted on. Tom is preceded in death by his parents, Richard and Virginia Ann Rial. He is survived by his wife of thirty-two years, Lisa, children, Kathleen Nicole, Thomas Joseph, and Hannah Elizabeth Rial, all of Weslaco, and sister, Shannon Goulmassian (Albert) of Loma Linda, California. Visitation will be Monday, September 14th, 3-9 pm, with a Celebration of Life at 7 pm.

The family of Thomas L. Rial created this Life Tributes page to make it easy to share your memories.

Send flowers to the Rial family.