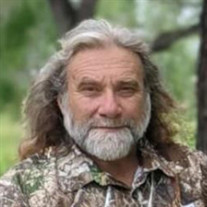 Art grew up in Weslaco and was active in Boy Scouts, an altar server at church, playing guitar, playing Little League baseball, listening to Elvis Presley, and cruising around Weslaco in his “Starsky and Hutch” car.

Art met his soulmate Maria "Alba" Perez in high school. Art and Alba married in 1981 and raised three children together. Art initially worked at the co-op, but he found his true calling at the USDA's Bee Research Division. He discovered the first Africanized “Killer” Bee colony in the United States in the city of Hidalgo, TX with his co-worker Robert Mumford in 1990. Art was an avid researcher who never stopped learning. Art retired after 35 years of service.

Art was a true outdoor enthusiast. He spent his free time at the ranch, which he affectionately named "El Rancho de El Guapo" established in 2003. Art was a genius, and his early scouting habits served him well throughout his life. Art was an entrepreneur who constantly invented new and more efficient ways of doing things. His most recent creation, "The Ultimate Varmint Guard," was an instant success. Art realized he was overspending on deer feed and figured out why. He installed cameras and discovered that squirrels and other animals consumed the deer feed. As a result, Art spent countless hours testing and perfecting his invention, which deters varmints while saving money on deer feed. Art also learned taxidermy and established Art's Taxidermy in Weslaco. He took great pride in helping fellow hunters display their wildlife with a custom mount for the past 30 years. Last but not least, Art learned to train homing pigeons. So, to say Art was a jack of all trades might be an understatement.

Art was a sports fan who enjoyed watching the Houston Astros and Dallas Cowboys. Art was the "go-to" person in his family and circle of friends because he had a servant's heart. He proudly volunteered with all his children’s many extracurricular activities including the Weslaco High/East Band boosters. For twenty years, Art volunteered at the Weslaco Fire Department as an intermediate volunteer firefighter. He bravely fought all fires big and small and aided countless people in their time of need. He routinely participated in the Weslaco Fire Department’s MDA Fill a Boot fundraiser.

Art was the life of the party, devoted to his family. He was passionate and lived life to the fullest, seizing every opportunity God provided. Art's unrelenting devotion to nature and the outdoors created priceless memories for his family and friends, not muddled with television and social media distractions

Art is preceded in death by his parents, Isabel Jr. and Elisa Cavazos, and his sister-in-law Maria Thelma Perez.

Public visitation will be Friday, June 3, from 10 a.m. to 9 p.m., with a rosary at 6 p.m. at McCaleb Funeral Home. Father Francisco Solis will celebrate Mass at St. Joan of Arc Catholic Church Weslaco on Saturday, June 4, at 1 p.m., followed by burial at Highland Memorial Park.
To order memorial trees or send flowers to the family in memory of Arturo Cavazos, please visit our flower store.