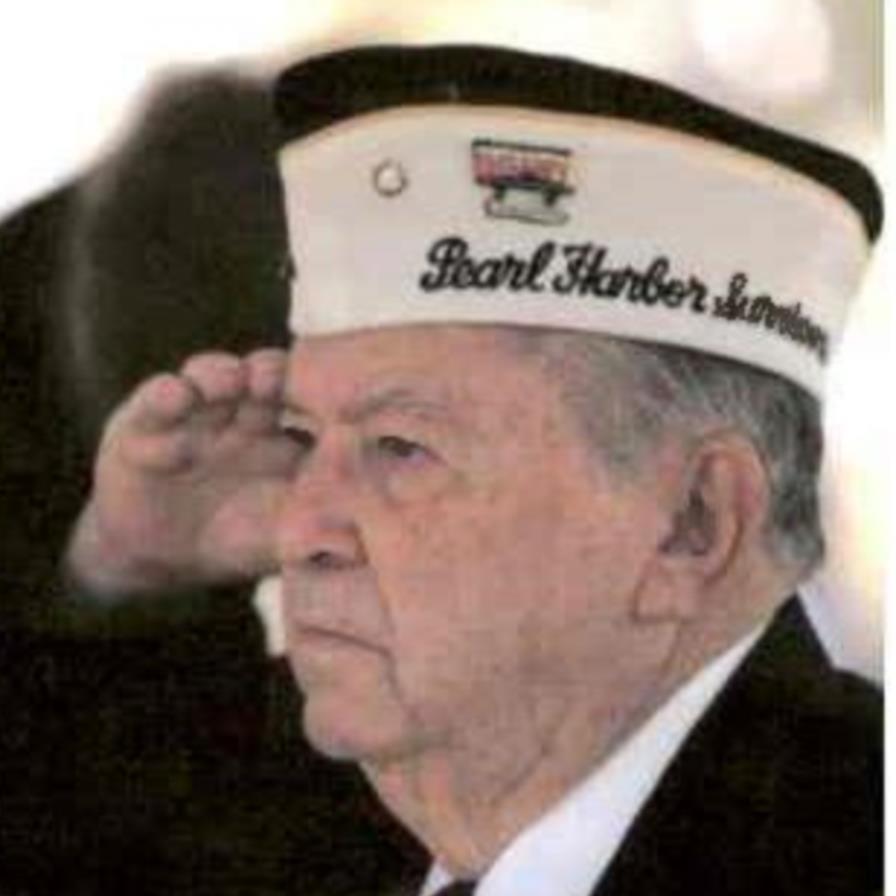 Donna- Clyde Darrell Eidson, 98, passed away peacefully at his home in Donna on February 5, 2021. Clyde was born on January 11, 1923, to Bernie Eidson and Maggie Ryan Eidson in Latham, Kansas. Clyde's mom passed away when he was only ten years old, so Clyde was raised by his older sisters and brothers in law. Clyde's sister, Helen Howarth, and her husband, Bill, encouraged Clyde to join the U.S. Navy.

Clyde joined the U.S. Navy on March 19, 1940, two months after his 17th birthday. He attended school in Wichita, Kansas, but had a whirlwind of adventures for the next thirty years. Clyde attended boot camp at Naval Station Great Lakes, Illinois. He transferred to the USS LITCHFIELD flagship of Commander Submarine Force Pacific stationed at Pearl Harbor, Hawaii. In June 1940, Clyde moved to USS DOLPHIN, a submarine stationed at the Submarine Base Pearl Harbor.
Clyde was on board DOLPHIN when the Japanese attacked Pearl Harbor. He served on the USS Dolphin for three submarine patrols of approximately seventy days each. Clyde was also on board during the Battle of Midway Island. At the end of World War II, in 1946, Clyde was transferred to Naval Intelligence School in Washington, D.C., for a short period. Then he was transferred to American Embassy, Bogota, Columbia. From 1948-1950, Clyde served at the Submarine Squadron Eight in Groton, Connecticut, where he served on various submarines. In 1950, Clyde transferred to USS TRITON, a nuclear submarine under construction at Groton, CT., and served four years on TRITON (around the world submerged). In 1954, Clyde transferred to USS HOLLAND, serving in Rota, Spain, for four years. In 1958, Clyde moved to Naval Air Station, Corpus Christi, Texas, for the rest of his career. Clyde retired on April 1, 1970, after serving our country for thirty years, in Corpus Christi.

Clyde worked in Corpus for the next several years. He managed a golf course and also owned and operated "Pour House" Liquor Store. Clyde's younger brother, Claude "Shorty" owned and operated the OK Gray Motel in Donna. Shorty passed away suddenly in 1979, so Clyde moved to Donna and purchased the motel from his sister-in-law.

Clyde renamed the motel to the Dolphin motel, which is the Submarine insignia. Clyde also added an RV Park. Around this time, he met his wife, Cathay Armijo. Together, they owned and operated the Dolphin Motel and RV-Park for twenty-two years. Clyde was a hands-on manager and owner. He and Cathy grew the motel and RV Park into a thriving business and landmark in Donna. Clyde tore down walls and built roads himself and enjoyed every minute of it.

Clyde lived a life of service and didn't waste any time. When he wasn't serving others or working, he was an avid reader. He could carry on a conversation about any subject because he read every book he could get his hands on. Clyde was a great carpenter and handyman. He enjoyed woodworking and built lots of family heirlooms. Clyde didn't need a yardman. He was able to take care of the four-acre property that he and Cathy lived in during their marriage. Clyde also loved to sing, and his favorites were "Old Rugged Cross" and "One Day at a Time." He sang them every day.

Visitation will be Friday, February 12, 2021, at 10 am, at McCaleb Funeral Home. A celebration of life will begin at 11 am at McCaleb Funeral Home, followed by a burial of ashes at Rio Grande Valley State Cemetery with full military honors. Following the burial, family and friends are welcome to share refreshments at the Dolphin Motel in Donna.

To order memorial trees or send flowers to the family in memory of Clyde Eidson, please visit our flower store.