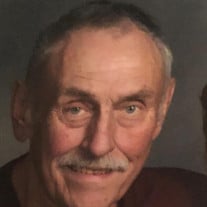 Weslaco: David “Dave” Hukill, 78, passed away at his home in Weslaco on Thursday, December 15th, 2022. Dave was born on November 20th, 1944, to Carl and Velma Hukill in Canton, Illinois. Dave graduated from Mexico Military School in Missouri and was determined to serve his country and was so excited to be accepted into the US Airforce Academy. However, the excitement would be devastating because Dave could not pass the medical due to his polio. Dave decided to attend Canton Community College. He went to work as a machinist and tool and die maker for International Navistar.

Dave married Judy Archdale in 1980 and became an instant father to Judy’s children. Dave was one of the best “bleacher dads,” attending as many sporting events as possible and cheering louder than most. He was a proud father.

On weekends, Dave was a true family man. The family enjoyed many weekends on the water, boating, and skiing. Dave was also an avid hunter and taught the kids many life lessons during weekend hunts. He enjoyed skeet shooting and bowling as well.

Dave was mechanically inclined and could fix anything and everything. His favorite things to work on were engines. He made any car, go-kart, or motorcycle engine faster. Dave raced most of his life and had a reputation early on as the owner of “the fastest cars in Fulton County.” This love for speed and racing was a tradition he passed down to his grandchildren, who love the sport almost as much as Dave.

It is no surprise that Dave rode a Harley. He and Judy were long-time members of the Plains Drifters MotorCycle Club. They rode all over the United States with lifelong friends.

Dave was a Mason for fifty-three years and a Past Master at Cuba Masonic Lodge. He was also an active member of the Shriners Club.

Dave was a Christian, and his faith was unwavering.

After fifty-three years of service, Dave retired from International Navistar. His parents had discovered the Rio Grande Valley many years prior, so he and Judy began wintering at Leisure World in Weslaco in the early 90s. They eventually moved here full-time in 2014, where they were active community members. Many will remember Dave cruising around on his golf cart with his beloved dogs and a cigar. Dave was also an avid dog lover.

Dave was a fantastic husband, father, and grandfather. He was soft-spoken and a deep thinker. Many would call him a “gentle giant” with a huge heart.

A celebration of life will be announced at a later date.
To order memorial trees or send flowers to the family in memory of David "Dave" Hukill, please visit our flower store.