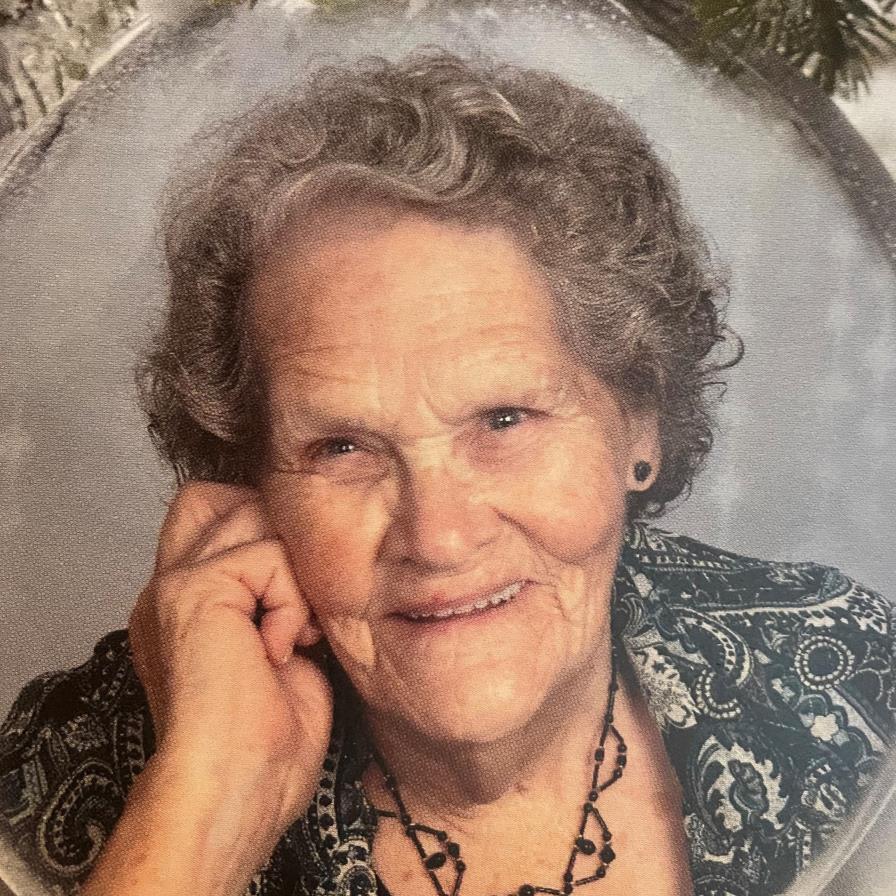 Dorothy Marie Goodlin Lentz Andrew, age 88 of Harlingen, TX passed away at Aurora House in Weslaco, TX on June 28, 2021. Dorothy was born on November 15, 1932, to LeRoy Alfred and Marie Lois (Grimit) Goodlin in Los Angeles, CA. She had one brother, Alfred Lloyd Goodlin nicknamed “Sonny”. Dorothy was nick-named “Sister” by her parents and Sister remains her title. Dorothy was born with a heart condition. Doctors said the desert may save her life so the family moved to Lancaster, CA where Mother and Dad rotated “Sister” in the sun daily. Perhaps that is why she loved being in the sunshine, especially the desert areas.

Dorothy spent most of her childhood in Los Angeles, Palmdale, and Lancaster, CA. The family moved to Florence, OR where she met her lifelong friend of 65 years, Anna Worman. In the neighboring town of Springfield, OR is where she met and married Everett Henry Lentz on March 6, 1949, and they started their family.

Dorothy was very driven and cared about people. She helped her mother who worked as a nurse at the hospitals. Dorothy followed in her mother's footsteps and became a self-taught nurse. Because she was raising small children, college was not an option. So she studied in the only quiet place she could find, the bathroom. She earned her nursing certificates and spent most of her career in nursing and caring for others at the local hospitals.

She was a great cook and had a big family to feed. Sister was constantly applauded for her cooking and baking skills and finally decided to open a restaurant. To label Dorothy as an overachiever would be an understatement. Her determination was a recipe for success. She ran Fork's Cafe in Ukiah, CA, and Hat Creek Cafe in Hat Creek, CA. It was at Hat Creek Cafe where she made her mark. Dorothy’s cream pies, cinnamon rolls, and donuts became famous. Customers would stop in on their way to Reno from British Columbia, Washington, and Oregon to pay in advance so when they lost all their money in Reno, they would not lose the opportunity to pick up bakery items from Hat Creek Cafe on their way back home. She finally realized her dream of being a successful entrepreneur and it fit her perfectly. After retiring from the restaurant business, Dorothy moved to Bullhead City, AZ where she worked another five years as a medical transcriber for local hospitals.

Sister Dorothy Andrew is a member of The Church of Jesus Christ of Latter-Day Saints. She loved attending the temple and worked tirelessly inside the temple speaking both English and Spanish and helping families be sealed together in our Heavenly Father’s plan. She loved going to church, singing hymns, and being with her church family. She was widowed in 1992 and decided to serve a church mission in Raleigh, NC. Shortly after that mission she served an 18-month mission in Santiago, Chile, and went on to serve three missions at the Genealogy Research Center in Salt Lake City, UT. Sister Dorothy Andrew’s relationship with Jesus Christ was most important to her. She tried to follow His example. She modeled love, generosity, kindness, and service.

In 2009, Dorothy had bilateral knee replacements and suffered complications from surgery. She was forced to end her Salt Lake Mission early and moved in with her youngest daughter Linda, who was serving in the Navy in Denver, CO. After Linda retired, the two moved to CA. A few years into that Linda purchased a motorhome and the two decided to travel and see America. They arrived in Rio Grande Valley in South East TX in 2016. When they pulled into Tropic Winds in Harlingen, TX Dorothy said, "Okay, I'm home" which is where she spent the rest of her life.

Sister loved the ocean and hunting for shells at South Padre Island, TX. She enjoyed fishing and family reunions. Dorothy was a champion card player and could put a jigsaw puzzle together pretty quickly. She loved the arts, took painting classes and she painted a canvas for each of her children. She taught herself how to play the guitar and organ.

Memorial service Friday, July 9, 2021, from 5-6 pm at The Church of Jesus Christ of Latter-Day Saints 2320 S Haine Drive, Harlingen, TX 78550. All are welcome to attend in person or watch live-stream on the internet.

Celebration of Life Sunday, November 28, 2021, from 4-7 pm at McCaleb Funeral Home 900 W 4th Street, Weslaco, TX. All are welcome to attend in person or watch live-stream via Youtube.

The family would like to extend their sincere gratitude to SJ Hospice and Aurora House both of Weslaco, TX for their outstanding care and compassion. Sincere gratitude to Tropic Winds family, loving church family, Walk-In-Faith provider services, caregivers Eve Kenyon and Erika Contreras.

In lieu of flowers or cards, Dorothy's family would like contributions made in Dorothy's honor to Aurora House in Weslaco, TX. Contributions can also be made on this page. Please type in the memo "Dorothy Aurora House."

To order memorial trees or send flowers to the family in memory of Dorothy "Sister" Andrew, please visit our flower store.