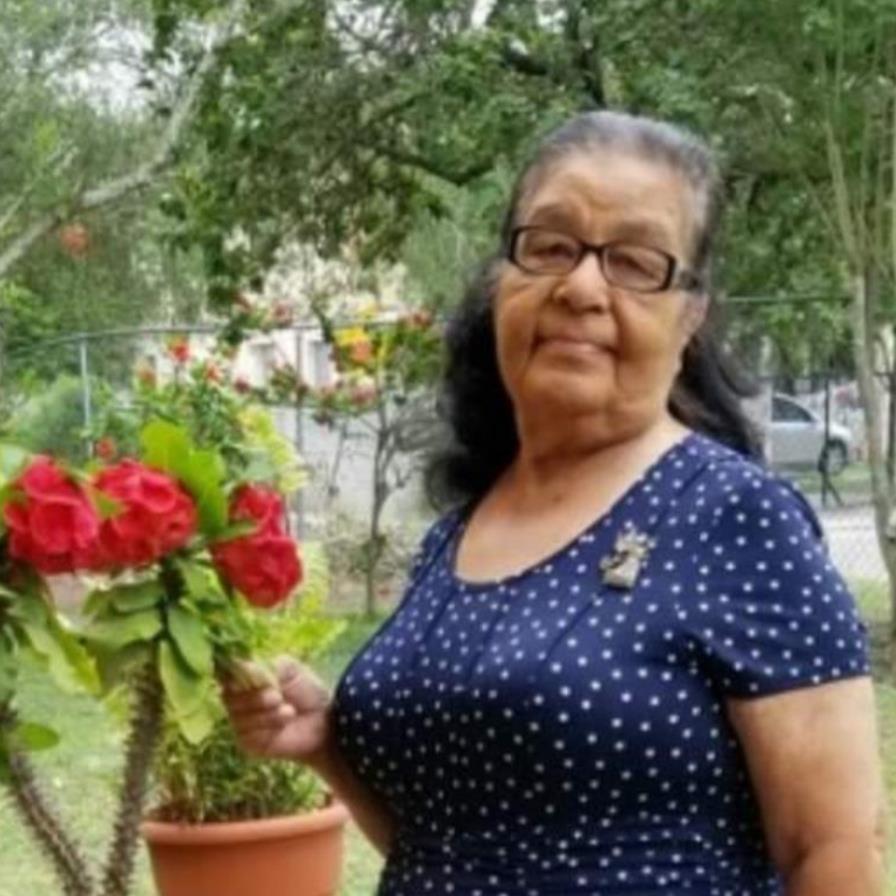 MERCEDES - Esperanza Lerma Lopez was born on October 27, 1940 in El Mesquite, Zacatecas, México to Izaac Lerma Gomez and María Elena Fraga Lerma. Esperanza and her family moved to Reynosa, Tamaulipas when she was only five years old. She often recalled how fascinated she was with the train ride from El Mesquite to Reynosa.

When Esperanza was only seven years old her mother passed away during childbirth. She was forced to drop out of school and help raise her young brother. Despite this she was an excellent reader, writer and even wrote in beautiful cursive. It was a difficult childhood, but she was resilient and with the help of neighbors Esperanza grew to be a phenomenal cook, a seamstress, knitter, crafter and gardener.

Esperanza was known for her delicious cooking. You could never come visit her without her making sure you left with a full belly. Her grandchildren enjoyed fresh homemade tortillas every time they visited her and she cooked whatever they desired.

Esperanza worked for many years as a seamstress. She sewed wedding dresses, suits, dresses, quilts, comforters and hemmed clothes for many people. She never needed a pattern. When her daughter wanted a new dress or blouse all she did was look at a dress and easily duplicate it. She also worked for Dickies for two decades and made many lifetime friends. Esperanza gifted many of her sewing and knitting projects to family and friends, keepsakes that they will always treasure.

She had a green thumb and her plants and flowers were her refuge. She spent countless hours watering and tending to her garden. She was known to clip a piece of plants from anywhere she traveled then bring it home and make it flourish. Her patio and home were always colorful and full of beautiful plants. Her favorite flower was the sunflower.

For the past 40 plus years Esperanza was a member of Templo La Hermosa Apostolic Church in Weslaco. She loved her church and in particular her sisters-in-Christ, Las Hermanas Dorcas. They blessed her life and, in the weeks and days leading to her death they visited her and prayed over her daily.

Esperanza loved baseball. She was a huge fan of the Houston Astros and would often sit and watch her favorite team in her Altuve jersey. When the team traveled to the west coast, she was known to take a nap in the late afternoon in order to stay up and watch the late game. She became irate if you called her during a game and would quickly let you know that if it wasn’t an emergency, she couldn’t talk. She also loved her Texas Longhorn’s baseball team of which her oldest grandson was the starting shortstop. Watching him play at Disch-Falk field in Austin and Minute Maid Park in Houston filled her with pride and joy.

Her three children and four grandsons were her pride and joy. She highly valued their education and was proud of all of their achievements. Her grandchildren gave her greatest joy. She traveled across the country watching them play ball. Her oldest grandson, Trey, is a student athlete at the University of Texas, Jordan is a basketball player in Florida, Jacob plays baseball for his high school and the youngest, Roman, plays baseball for the Houston Banditos.

Esperanza was a single mother of two when she met her husband of 41 years, Manuel López.

She is preceded in death by her parents and her brother Jose "Chepo" Fraga Lerma.

Esperanza is survived by her husband, Manuel Lopez, her daughter, Edith Faltine (Sanson) of Houston, sons, Jorge Alberto Lerma of Houston and Oscar Lopez of Weslaco. Her grandsons, Trey, Jordan, Jacob and Roman Faltine all of Houston. Her sister, Luciana (Pedro) of Weslaco, brother Luis Lerma of Reynosa, numerous nieces and nephews all of which she loved.

To order memorial trees or send flowers to the family in memory of Esperanza Lerma Lopez, please visit our flower store.