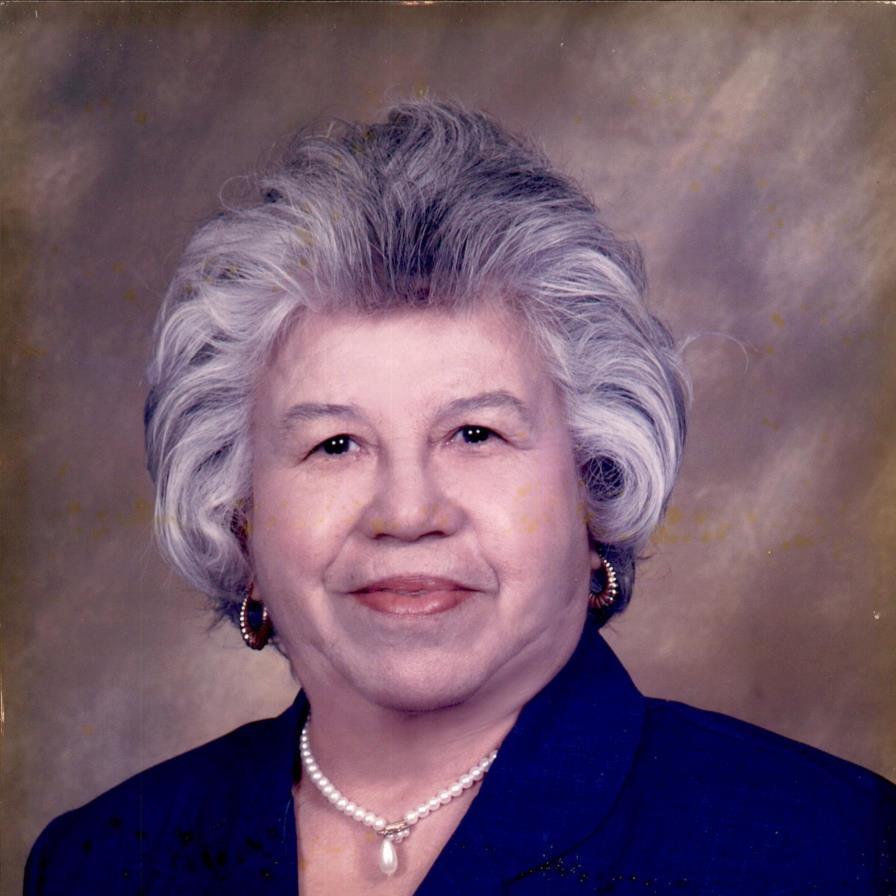 Hermelinda Ochoa Lopez died peacefully at the age of 81 in her beloved home in Weslaco, Texas on June 4, 2021. As a testament to the life she lived, she was surrounded by family and friends who remained devoted and near throughout her life.

Hermelinda, or Nina, was born on November 2, 1939 to Nicolas Ochoa and Manuela Campos in La Hacienda San Antonio, Los Ramones, Nuevo Leon, Mexico. She moved to Weslaco, Texas at the age of fifteen to attend school, work, and help care for her younger siblings after the unexpected death of her mother at the age of thirty-eight. The youngest of the siblings was only two years old and Nina became her baby brother’s surrogate mother. Life was tough but Nina was tougher. Fate smiled on Nina and she met a man who would love her more than life. She fell in love with him immediately. After dating three years, Nina proudly married Oscar Lopez Hernandez on October 5th, 1959 and remained her husband’s crown jewels for sixty-one years.

Nina valued family, achievement, integrity, adventure, and kindness. She had high aspirations and worked hard to achieve her goals. As a teenager in the 1950’s, Nina worked alongside her father and siblings in agriculture, but her ability with numbers earned her administrative jobs typically reserved for adult males. In the 1960s, she harvested grapes in the California valley during the era of the labor activist, Cesar Chavez. The working conditions were fierce, but Nina and Oscar were disciplined with their spending and saved enough money to buy a home in Texas. In Weslaco, Nina worked for many years as a cook in a nursing home. During her free time, she organized events for the nursing home residents including Halloween costume contests and craft days. Nina’s co-workers described her as “fast” and “tireless.” She could do the mental and physical work of three people, so she quickly earned more supervisory roles. With her competitive nature and ability to turn tedious tasks into fun endeavors, it was hard to beat Nina at any task. Together with Oscar, Nina operated two family businesses (Carmenina’s Catering and G&L Upholstery) and created opportunities for their five daughters who have collectively earned a doctorate degree, three master’s degrees and four bachelor’s degrees.

Nina continued to impact her community even while raising five daughters. She spearheaded a fundraising campaign to help underprivileged children attend the inauguration of President Jimmy Carter in 1977. When children could not attend bible study due to transportation difficulties, she volunteered to drive the church van. When Mother’s Day came, Nina volunteered in the “May flowers for mothers” program so that 6th-grade students could present handmade flowers to their mothers. When her daughters needed help with their fundraising, she rolled up her sleeves and used her knack for sales to break records. With her ideas and personality, her daughter’s Brownie troop did so well, they were nicknamed “cookie champs” and were featured in the town newspaper.

Nina promoted equity in the schools. She volunteered in the Right to Read program to determine the skill level of books in the student library. She was an active member of the parent involvement committee and volunteered as a teacher’s assistant in her daughter’s classrooms. She met with principals, teachers, and any school staff to help improve the quality of her daughter’s education. She took classes to improve her skillset and used her knowledge to help people in need.

Nina was a great storyteller and impressionist. Her rich oral traditions helped transmit cultural values, customs, and beliefs to her daughters. An avid supporter of the arts, Nina loved to sing and dance. She performed with a folkloric group in California and learned choreography with ease. She cooked like no other. Her meals were savored, talked about, and requested. A common phrase when eating at even the finest restaurants was, “it’s good but not as good as Nina’s.”

Nina was a fashionista. With her petite and curvy body, she looked great in anything, but she loved her petticoats, pearls, high heels, and figure-fitted outfits. People often admired her outfits, many of which she made herself. She made clothes for her daughters and it is now humorous to see school pictures of them looking like mini businesswomen in double-breasted pant suits. Nina’s style inspired “Hermelinda,” a song written and performed by Roberto Ochoa y Sus Querendones. The refrain was fitting “pareces muñequita acabada de comprar” (you look like a recently purchased dainty doll).

Nina advocated for healthy eating and an active lifestyle. She never missed her daily outdoor, long, brisk walk. It helped her stay fit and positive. People who knew Nina remember her as “always happy.” Her smile was big, contagious, and constant even in the worst of circumstances.

Nina loved to travel, and the family enjoyed frequent trips to exciting destinations including amusement parks, beaches, mountains, and historical sites. When the norm for peers was to only travel within a two-hour radius from home for leisure, Nina and Oscar were taking their family on international trips to top tourist spots. Her discipline and budgeting skills made it possible. For Nina, life was meant to be experienced.

Nina took great pride in her home and she loved hosting anyone in need. Her most often quoted scripture was “Foxes have dens and birds of the sky have nests, but the Son of Man has no place to lay his head.” (Matthew 8:20). The number of people she helped throughout her life are numerous. Many of those people remain grateful for her acts of kindness.

Nina was a devout Roman Catholic, who prayed daily and preached hope. She followed Jesus Christ and his teachings, so she lived without fear. She held the Blessed Mother Mary, and St. Jude in a special place. She spoke about the resurrection of the body and life everlasting.

Oscar died March 7, 2021; and Nina died less than three months later unable to withstand his absence. The couple have been reunited in heaven to continue the dance that momentarily paused on earth.

To order memorial trees or send flowers to the family in memory of Hermelinda Ochoa Lopez, please visit our flower store.