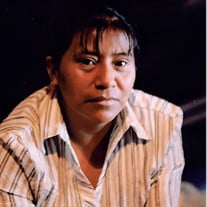 Marcela came from humble beginnings and was required to work most of her life. She and her siblings woke up early in the morning and would make a row of bricks before heading out to school. Unlike many children, Marcela loved to go to school. She was very bright, and her favorite subject was math. However, Marcela was also passionate about sports and being active, so P.E. was a close second favorite. As a teenager, Marcela and her friends created priceless memories of going out and listening to live music. Marcela continued her education by playing university basketball and studying accounting.

Marcela's work ethic was unmatched. She was adventurous and never afraid to take risks. So, In 1992, Marcela joined Carson and Barnes Circus and was given a work visa. Now, she was alone in a new country, and the circus offered the perfect combination of adventure, risk, and the opportunity to travel. Soon after joining, Marcela met her soulmate, John Summers. They were married in 1993 and spent the rest of their lives together.

Marcela and John did get the adventure they both craved. The circus started in Paris, Texas, and throughout their tenure, the Summers family was able to visit 49 states. Marcela collected postcards from every state.

After having three children on the circus tour, in 2004, John and Marcela retired and settled in Weslaco, Texas, to finish raising their family. However, Marcela was never one to sit still. She continued working full time while keeping the home in impeccable order and ensuring everyone had a hot meal. She worked as a migrant for Birdseye and cleaned houses locally, but Marcela's passion was cooking, so she spent most of her career in the restaurant industry. Marcela worked for numerous restaurants, and her entrepreneurial spirit sometimes led her to sell food outside of the house. Marcela's recipes were mouthwatering, but her "Mole meal" with blackberry mole wine was a family and friends' favorite.

When Marcela was not working, she loved to watch basketball and baseball. Her favorite team was the New York Yankees. Marcela always encouraged her children to compete physically and academically and supported them by attending as many events as possible.

Most importantly, Marcela was a woman of faith. She was a devout Catholic and believed in all the saints. San Cristobal de Cristo, Saint Michael, and the Virgin Mary were primary sources during prayer. She loved to attend the Basilica of Our Lady in San Juan and prayed the rosary daily. Marcela's faith is why Christmas and Easter were so important. She laid baby Jesus down every December and woke Him up in January, and Easter was a particular time to tell others about her faith.

Marcela loved her family, and Thanksgiving was a memorable holiday of gathering everyone together. Marcela was strong, independent, and dependable. She was also loving, generous, and compassionate. Her only grandson, Jonathan, brought her more joy than she could have imagined. Jonathan lit up Marcela's world and could do no wrong in grandma's eyes.

Marcela is preceded in death by her parents, Aurelio and Clara Tochihuitl, and siblings, Aurelia, Luz, and Herlindo Tochihuitl.

Visitation will be Thursday, October 6th, 10 am-9 pm, with a Holy Rosary at 7 pm, at McCaleb Funeral Home. Mass will be celebrated on Friday, October 7, at San Martin de Porres Catholic Church in Weslaco, followed by burial at Sacred Park Cemetery in Mercedes.