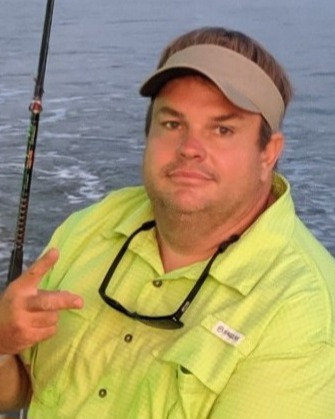 Weslaco: Matthew “Matt” Henry Miller, 47, passed away on Thursday, January 12th, 2023, at his home in Weslaco after a courageous battle with bile duct cancer. Matt was born on February 6th, 1975, to Kenneth and Marion (Hellman) Miller in Harlingen, Texas. He and his four siblings grew up in Willacy County.

During his childhood on the farm, Matt learned a lot about farming from his father and uncles, and it was a love that never ended. He also loved motorcycles, dirt bikes, and anything that had an engine. He worked in custom harvesting for many years, traveling throughout the country as a professional cotton picker driver. Matt also worked for Suzuki and Yamaha dealerships, and as a farm manager for Chapotal Farms. In his spare time he owned and operated Engines by Matt. His hard work and passion for speed and engines earned him a reputation as someone who could fix anything, and his ability to grow any crop mirrored his father’s.

Matthew was an outdoorsman at heart. He loved being outside, fishing, hunting and barbecuing. He was a man who enjoyed taking a hands-on approach to life. He graduated from Weslaco High School in 1995, and married Kela Gibson on February 18, 2012.  Their son Richard (Bubba) Miller was the light of Matt’s life, and you could often find them riding together on the farm or family ranch, shooting, fishing, or on a tractor.

Visitation will be Tuesday, January 17th, 12-9 pm, with a prayer service followed by a time for sharing at 7 pm at McCaleb Funeral Home. The funeral service will be on Wednesday, January 18th, at 2 pm, at Immanuel Lutheran Church in Mercedes, officiated by Pastor Weber. Burial will follow at Weslaco City Cemetery.

To order memorial trees or send flowers to the family in memory of Matthew Miller, please visit our flower store.