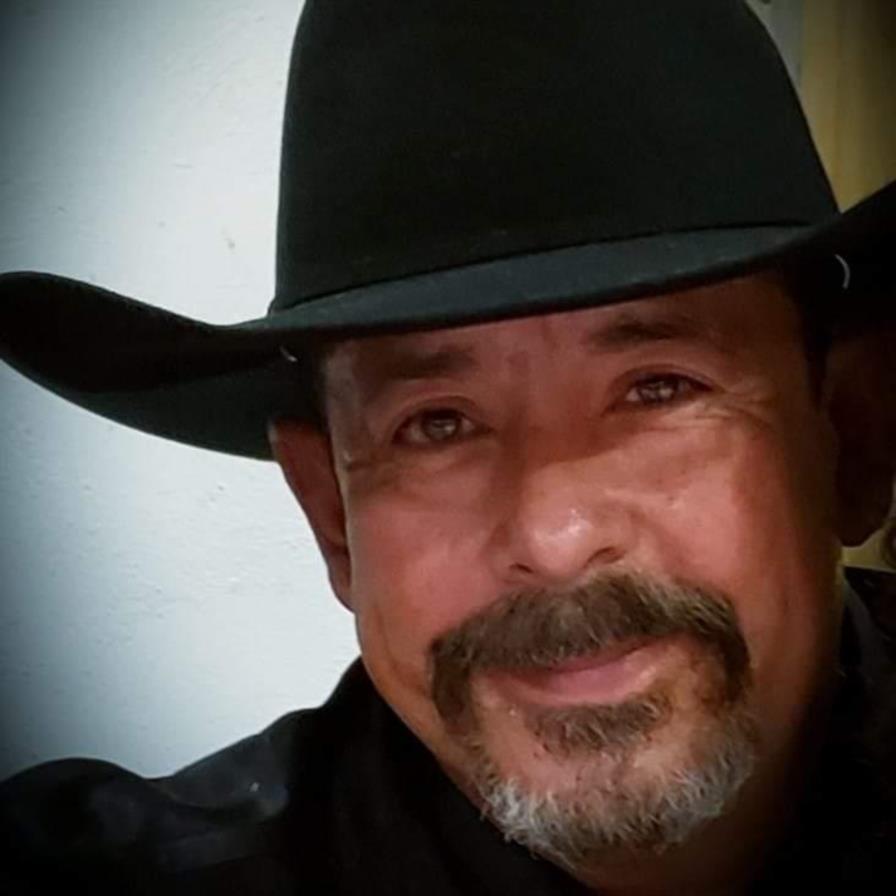 The morning of June 23rd 2020 started out slow and peaceful, that would change within a few hours. By evening, our lives and those that knew my little brother, Perry, would forever be missing a beautiful light that dwelled within a good man, not a perfect one, but a truly exceptional man.
Benedict Perry Gonzalez, known to most as Perry, to some as Little Ben, and to a rare few, Benedict, was born on Tuesday, May 14th 1963 at St. Joseph’s Catholic Hospital in Fort Worth, Texas; children born on a Tuesday are said to be filled with “grace”, Perry definitely was given grace by his beloved God.

Perry was the fourth child of Benito and Alma Gonzalez. He joined his siblings, Mark Anthony, Michael Andrew, and Cynthia Anne. Unbeknownst to the family, the little guy would bring them laughs, love, and mischievous adventure.

Perry began his education at St. Maria Goretti Catholic School in Arlington where the family had moved a year prior to his first day of kindergarten. He went on to attend C.C. Duff Elementary, before moving with the family to Amarillo where he attended Bonham Junior High School. After a year of having fun living in the Panhandle, where he grew to love Willie Nelson and Waylon Jennings, Perry happily moved with the family to the Rio Grande Valley in the family’s brown station wagon that would be his starter car. He attended North Junior High and was a very proud Bobcat at Edinburg High School. Perry’s other activities, included Bull-riding and raising his pig, Godfrey, for FFA. Graduating in 1981…and until his passing, Perry maintained deep solid friendships with his classmates.

After high school, Perry found working with our dad’s company would fit his desire to explore a hidden talent for the science behind the chemical makeup of cleaning materials, which grew into a passion for the understanding and methods for disaster recovery, chemical waste pickup, and environmental science. Perry received numerous certifications in the area of Hazardous Waste Recovery, some that included a semester of Chemistry and Physics taught in a two-week course, requiring intense study and a sharp mind, at Texas A&M University. He became a leading expert in recovery throughout the State of Texas. Perry loved being a member of the Hidalgo County Local Emergency Planning Committee and helping to design their work van.

Two of the biggest disasters that Perry not only took part in, but lead teams on, were the recovery of the Space Shuttle Columbia in East Texas, and the tragic aftermath of Hurricane Katrina in New Orleans, Louisiana. He trained numerous Fire and Police Departments throughout the Valley and Texas on proper and safe responses to natural and man-made disasters. Perry loved the work, but found his true stride in teaching others to respect the environment and the power of chemicals to harm folks and the land we depend on.

Most folks do not know this, but for a time Perry joined my dad as a beekeeper. Dad was Perry’s best friend and why he followed in Dad’s footsteps when it came to hunting, fishing, and joining his beloved Knights of Columbus.

The environment was his work love, but Perry found a truly peaceful happiness praying his rosary daily, attending mass at St. Pius X in Weslaco, and finally joining the Knights of Columbus. He served as a 4th Degree Knight, as a Grand Knight of Council 13232 at St. Pius X, as the Faithful Navigator of the local assembly of St. Pius X, St. Joan of Arc, and San Martin. We are pretty sure what initially attracted Perry to the Knights happened as a child when he admired the regalia of the traditional Knight’s cape, plumed hat – he earned both the purple and white plumes, and sword. Being a member of the organization, became a vital part of his life.

Work, prayer, and the love of God allowed Perry to grow more intense in love and responsibility as a servant leader; it gave him the ability to see to the needs of his family and friends. Friends were always important to Perry. He made folks feel loved and cared for, so much so that upon his passing, there was not one call from his friends that did not claim that Perry was their best friend.

Work, prayer, love of God, and friendship would make any person rich in life, but for Perry, family was the place he found his greatest wealth, love, joy, and laughter – lots of laughter. He was a good and devoted son to Dad and Mom, an adventure seeker with Mark, a knowledge explorer with Michael, and my best bud, who called me many times to bring him a Frito Pie and Diet Coke, protected me from unruly boys, and never stopped encouraging me to write and film my tales. He was our family’s pure and good heart.

Perry loved his nieces (Tyler, Amanda and Julia) and nephews (Douglas and Mark), and was beyond thrilled to welcome his grand-niece, Madison, and grand-nephews, Ethan, Henry, Dylan, and James Benedict to the family.
The one person he would and did walk through Hell for, and the one person he was completely devoted to and loved beyond the word love itself was his Girly, Marbrisa. For Perry, she represented the future, he believed in her and her ability to complete college and make her own way in this world. He knew she was smart, beautiful, and if she could only believe the same, that she would succeed beyond his successes.

Perry leaves behind numerous colleagues, friends, aunts and uncles, cousins, nieces and nephews, his mother; his brothers, Mark and Michael (Marten Evertz); me, his Sis; and Girly, but he joins the Good Lord, Dad, his grandparents, his uncles and aunt, and some dear friends in Heaven. We cannot ask more of God on behalf of Benedict Perry, than the gift of eternal life and peace. The Man of Many Hats, with a Huge Heart and everyone’s best friend was worthy of God’s most precious gift. He will be missed. Until we meet again, Perilito, keep us in your prayers.

To order memorial trees or send flowers to the family in memory of Perry Gonzalez, please visit our flower store.