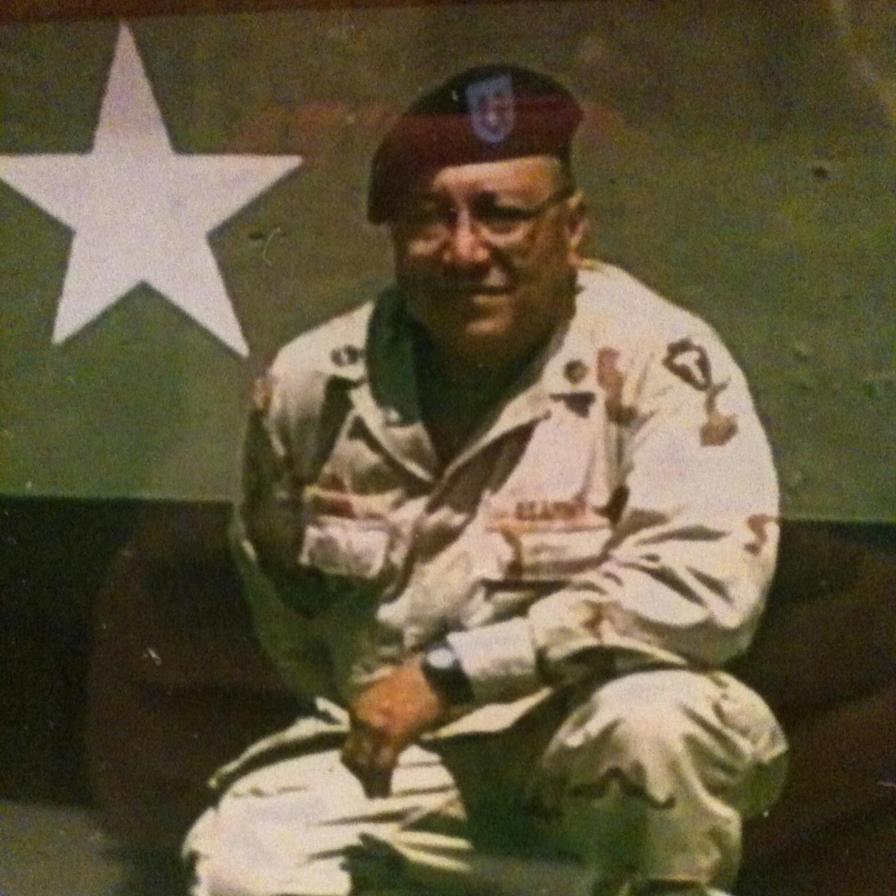 Edcouch: Alvaro "Varo" Rangel passed away suddenly on Monday, September 27, 2021. Varo was born on February 19, 1952, to Eleuterio and Vicenta Rangel in Mercedes, Texas. He lived in Dallas when he was a child, and the family relocated to Elsa when Varo was in 8th grade. Varo joined the United States Army as soon as he graduated from high school.

While on leave in his early years, Varo met Rita Chris Ramos. Rita worked at the local coffee shop, and Varo became a frequent visitor until he convinced Rita to have some coffee. The rest is history. They were married in 1976.

Varo and Rita had one daughter, Starliza, and she was Varo's pride and joy. He continued to serve our country for the next thirty-five years. Varo served in Iraq, Afghanistan, and Haiti. While serving, he earned numerous awards, including Army Commendation Medal, Meritorious Unit Commendation, Army Good Conduct, Reserve Achievement, National Defense Service, Global War on Terrorism Service, Iraq Campaign Medal with Campaign Star, to name a few. He retired as a Master Seargent in 2012 at his wife's request, who was ready for him to be home.

Varo was a man with a lot of drive. He was not satisfied with retirement, so he went to work as a security guard for MHMR in Edinburg. When he wasn't working outside the home, Varo was constantly working on or around the house. He was a jack of all trades and rarely needed the help of a professional or a handyman. Varo took the time to learn almost every skill required to manage and maintain his household. He even built his shed. In addition, Varo took care of the yard and enjoyed being outdoors. Even though he owned a tractor to mow the one-acre lot, Varo recently purchased a push mower so he could get some more exercise.

Varo was also determined to complete his Bachelor's Degree and was taking classes online to finish up his last few hours up until his passing.

When Varo wasn't working or fixing something, he was the family chef. He was a chef in the Army, so he brought those learned skills back home. Varo loved to barbecue and bake. He was famous for his tender meat, chicken, and carrot cake. Varo was always in charge of the turkey and dressing every Thanksgiving, and there were not many leftovers.

Varo was also a die-hard Cowboy's fan. He never missed a game. Varo loved music and taking Rita out dancing. He decided to "DJ" in his spare time and purchased all the equipment for this new venture. Varo would often "DJ" for friends and family as a favor, and he was thrilled to help because that was also Varo's nature, kind-hearted, and giving. He enjoyed helping others in need and was usually the first one to volunteer.

Varo's big heart will be remembered by all who know him.

Visitation will be Thursday, September 30th, 2-9 pm at McCaleb Funeral Home in Weslaco, with a Holy Rosary at 7 pm, followed by sharing stories. This service will be streamed on www.youtube/mccalebfuneralhome.com
Mass will be celebrated at St. Theresa Catholic Church in Elsa at 2 pm on Friday, October 1, 2021 and will be livestreamed on Facebook.


To order memorial trees or send flowers to the family in memory of Alvaro "Varo" Rangel, please visit our flower store.