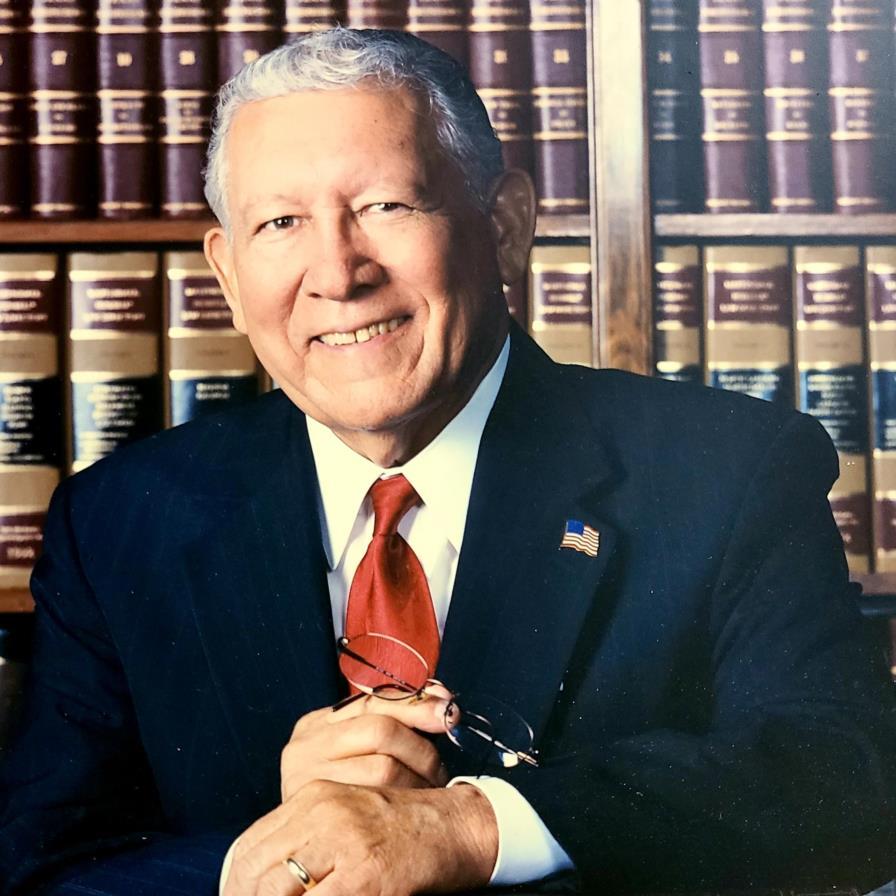 WESLACO - Jose V. Sánchez passed away peacefully in the comfort of his own home, on January 15, 2021, surrounded by his loving family. He was born on November 19, 1932, in Weslaco, Texas to Weslaco pioneers Jose Carmona Sánchez and Maria Vallejo Sánchez.

His love of God, family, and community originated from his strong family ties and upbringing in a hard-working, migrant family. Jose served in the United States Army as a tank commander during the Korean War. He married the love of his life, Elida Reyna, in 1956. They built a life in Weslaco with their 5 children. While working at the local gas company, he attended college with the help of the GI Bill. He then worked as a teacher and administrator at Weslaco ISD. He continued with his graduate studies at Texas A & I University in Kingsville and then furthered his education at the University of Houston. His impact on education continued where he served as the director of the Hidalgo County Head Start Program. Jose directed and established the HEP Program at the University of Houston and Pan American University. He also started a local educational supplies business called the Learning Center. He served as Assistant Superintendent of Schools at Hidalgo ISD and Superintendent of Schools at Progreso ISD.

He served as mayor of his beloved city of Weslaco from 1975 until 1981 and again from 2001 to 2007. During his progressive tenure as mayor, Weslaco was honored as an All-America City. He helped bring South Texas College to Weslaco. He was honored as Weslaco Chamber of Commerce’s Man of the Year in 2009. He was inducted into the Rio Grande Valley Walk of Fame in 2005 during its inaugural year. Sánchez was an avid sports fan and athlete, playing professional baseball with the Harlingen Capitols. He was later inducted into the Leo Najo Baseball Hall of Fame. He was an avid Astros fan and enjoyed watching baseball games with his father and brothers. He was a historian and advocate for literacy, publishing 3 books, VIP’s of the Barrio, Legacy of the Barrio, and Odyssey to El Wes, where he chronicled the stories of his migrant experiences and local history. He was a devoted Catholic where he served as a lector at San Martin de Porres Catholic Church. His Christian faith was a driving force in his life, where he strived to help anyone in need. His commitment to education left a lasting impression on the Weslaco Community and the Rio Grande Valley as a whole, and the Mayor Joe V. Sánchez Public Library of Weslaco, named in his honor, will carry a lasting legacy for years to come. He will be greatly missed by all of those who loved him.

Visitation for Jose V. Sanchez will be held on Thursday, January 21st, at McCaleb Funeral Home from 2:00 -5:00 p.m. Masks will be required and numbers in the funeral home at any one time will be prorated to allow for social distancing. A rosary at 7:00pm will be held virtually on Thursday, January 21, 2021. The burial will also be held virtually on Friday, January 22, 2021, at 2:00pm. Both events will be live-streamed, and the link will be available on the McCaleb Funeral Home website.

A memorial service will be held later when it is safer for families and friends to gather and celebrate Jose’s life. Details will be made public at a later date.

Funeral arrangements are under the direction of McCaleb Funeral Home in Weslaco, Texas.


To order memorial trees or send flowers to the family in memory of Jose V. Sánchez, please visit our flower store.