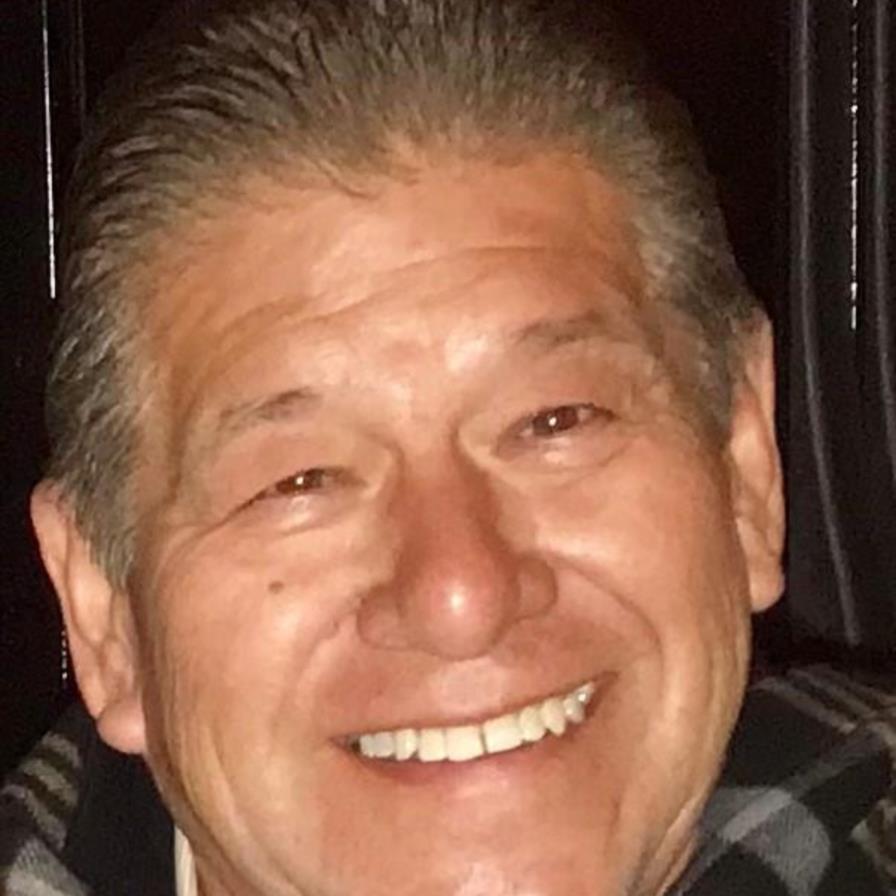 Robert A. Rodriguez, 65, was called to be with the Lord on January 16, 2021. He was born on December 17, 1955, in Weslaco, TX to Local Pioneers Tomas Rodriguez Sr. and Guadalupe Garcia Rodriguez. Robert was the youngest son of nine siblings, raised in South Texas during a period when it was common for families to migrate north and work harvesting crops, such as potatoes, cherries y pepinos to provide economic support for their families. His father was a harvesting foreman who eventually progressed to owning his own business, Tom Rodriguez & Sons Trucking Company. At the young age of 15, Robert played a pivotal role and began to work alongside his brothers trucking fruits and vegetables to produce markets across the country such as Cleveland, Indianapolis, Chicago, and New Orleans to name a few, all while attending Weslaco High School. In addition to trucking across the country, he also played football and was a member of the Weslaco Panthers Varsity Football team. The lessons learned while working for his father and playing football was something he would carry with him throughout his life, often saying they had taught him to, “Always Give Your 110%.”

Growing up in the barrio of N. Palmas he made many childhood memories and built lifelong friendships which he cherished all his life. Dad managed to keep in contact with the greater majority of those friends, through the years, often reminiscing about things they did growing up and the many places they had migrated to for work. He was nostalgic in his stories and never forgot the struggles they had endured, while at the same time, always remembering the fun. It was a true and humbling journey from adversity to success that was something he never forgot. Because of that, he liked to pay things forward and was always generous to others.

Robert married Thelma his childhood crush and High School sweetheart December 21, 1973. They actually met in 5th and 6th grade and continued a friendship until they were old enough to date in their High School Years. A feat started by Robert convincing Thelma to approach her father and ask if he could come over so she could help him understand his Geometry homework. If you knew our dad any, you probably have a Big Smile on your face, recognizing he was a Master of Persuasion from early on… Robert and Thelma had 4 sons and raised their boys to be Close-knit, Respectful, Giving to others, and to Always Give their full effort, “110%!”

From early on dad had an unmatched ambition and a sense of what it took to succeed beyond his years. He would always note that while he was trucking, in his teens, he would notice the families that were driving alongside him that were clearly on vacations. That was something he always aspired to have for his family and would serve as his motivation. Dad had a tireless and relentless work ethic. He had a good eye, a keen sense of business, he was a skilled negotiator and a Real Deal Maker! He enjoyed buying at a Good Price and passing forward the savings. Always saying, “El Dinero esta en la Compra!” (If you can buy at a Good Price you can sell at a Good Price).

Dad was a Landowner, a Farmer, an ambitious Entrepreneur, and a True Pioneer. He was very close to his brothers and sisters and shared both brotherhood and working relationships with them. Along with his brother and business Partner, Felix, he Co-Owned Market Basket, Best Auto Sales, Val-Pro, Rod’s Drive-Thru, and Rodriguez Ventures. Later, he would go on to Co-found businesses Fresh Pickings Farm & Garden Market, Rosehill Garden Center, and Rosehill Palms & Landscaping in a Houston suburb, with his sons, sharing many lessons and hours of labor.

Dad was a real treat to be around with a lesson to be learned with almost every shared story. He loved to spend time with his family and entertain close friends but most of all, he enjoyed making memories with his sons. We were blessed to have an absolutely beautiful relationship with our dad and share many memorable experiences. He loved a good BBQ and attending Big Sports Events such as the Texans, the Astros, the World Series, and especially the Super Bowls! Dad loved Classic cars and reminiscing about who had one back in the day. He loved to travel and especially through the South to visit places he had been to and worked in his youth. He enjoyed attending the Houston Rodeo and Sponsoring at the BBQ Cookoff. In addition, he enjoyed sponsoring and supporting Local youth activities such as Little League Baseball and the Youth Football League having proudly Co-Sponsored the Rodriguez Truckers, Rod’s Drive-Thru, and Best Auto Sales Saints.

Dad had a high interest in the history that shaped our World, our Country, our Politics, and how we did business. He was an avid reader, a follower of both current and historical events, and a Political Enthusiast. He was fascinated in learning about the Civil Rights Movement, the many figures of that era, and the figures that continue to shape our Country. Dad had genuine respect for all that served and made it a point to celebrate America’s Patriotic Holidays with a Big Family gathering.

Dad was a mix of ’60s, R&B, Country, and International Music. He liked music that would tell a story, get your rhythm going, and touch your soul. He had a love for New Orleans, Lake Charles, Biloxi, MS., Gulf Shores, AL., Las Vegas, Super Bowls, and that Black 17 on the Roulette! He loved a Good Mexican Breakfast with Mom’s Chile Guisado, he loved Gumbo, a good Ribeye Steak, and let’s not forget Enchiladas, Chicken Fried Steak, and those Rolls from Keno Café. Dad loved his Watermelon and not only enjoyed eating them, but he prided himself on being able to pick the perfect melon, by simply Thumping it! A trait he would teach us all to master…Last, he had a sweet tooth and would make time daily to buy Donuts and drop them off personally to his grandkids along with a Promise for Ice cream after school. A promise that was often collected!

Dad was a man of Family, Adventure and Living the Good Life. He was a brilliant storyteller with a dynamic personality and knew just how to deliver a good joke; his timing was Impeccable! There was never a dull moment. He was a Mover, a Shaker, a Motivator and a Force of Energy! He had a compelling way of motivating you to be adventurous, to take risks and live life to the fullest. He knew how to paint a picture of the experience you were going to live, just enough, to encourage you to go on that journey. In his own words, “La Vida es Muy Bonita, Si La Sabes Vivir.” Dad, You were Our Rock, Our Mentor and Our Guiding Light; We Will Forever Miss You and We Will Continue to Carry Your Legacy for Eternity.

Visitation times will be Sunday, January 24th, 1 pm-9 pm and Monday, January 25th, with a rosary on both days at 7 pm. Mass will be celebrated on Tuesday, January 26th, at St. Pius X Catholic Church in Weslaco, followed by entombment at Highland Memorial Park.

To order memorial trees or send flowers to the family in memory of Roberto Armando Rodriguez, please visit our flower store.