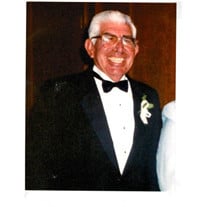 WESLACO - Benito Hernandez, 87, passed away on Friday, July 7, 2017 in Weslaco. Benito was born in Weslaco on March 22, 1930 to Federico and Soledad Hernandez. He was raised in Weslaco, where he attended school, along with his nine brothers and sisters. Benito joined the army at a young age and earned several awards, including a National Defense Service Medal, Army Occupation Medal, and a Good Conduct Medal. He was proud to serve our country. When he came back to Weslaco, he worked with his father. Benito and his older brother were "trokeros" back in the time of the "brazeros", doing whatever they needed to do to keep the family business going, which included working late nights and weekends. They migrated up north to several states and would gather crews to take with them to harvest crops. In the late 60's Benito met his sweetheart, Ruthie, in California, so he settled there for many years. Benito would use his knowledge of farming to work in rice farms, where he spent much of his career. He later worked for VanDyke's rice dryers for many years. Benito was very talented and smart and could really do just about anything. He even built roller coasters for a bit. He finally decided to retire in the early 2000's and he made his way back to Weslaco where he spent his last years. Most days you would find Benito in the yard. He had green thumb and gardening was his favorite past time. When he wasn't working in the yard, he was a die hard Cowboy and Astros fan. Although those were his favorites, he loved watching all sports. He also loved to watch his western movies. Benito was able to travel all over the US when he was married to Ruthie. He saw most states, but his favorites were Alaska, Reno and Las Vegas. He did love to gamble. Benito was fun to be around. He loved to tell jokes and had a funny personality. He was a great story teller. Although Benny was fun and outgoing, he was very sincere in his relationship with Christ and his church. He did not miss a service and was a true child of God. He carried his pocket prayer book with him all the day. Benny is preceded in death by his parents. his sisters, Paula Gonzalez, Esmeralda Hernandez, and Nievea R Hernandez, and Christella Mendoza, his brother Pantaleon Hernandez and his sweetheart and wife, who he always loved, Ruthie Young Hernandez, and very special nephew, J.J. Hernandez. He is survived by his sisters, Navia Hernandez of Weslaco, Maria Hernandez of Weslaco, Lupita H. Ramirez (Daniel) of Bay City, Texas, his brother, Guadalupe Hernandez (Mary) of Weslaco, his sister in law, Herlinda Hernandez of Houston, and numerous nephews and nieces. Benito will always be remembered as an outgoing fun man and a servant to our country, who was a child of God and a lover of the green earth God created. Visitation will be held on Sunday, July 9th, from 3-9pm, with rosary at 7pm at McCaleb Funeral Home Chapel. Mass will be celebrated at St. Joan of Arc on Monday, July 10th, at 11am.

WESLACO - Benito Hernandez, 87, passed away on Friday, July 7, 2017 in Weslaco. Benito was born in Weslaco on March 22, 1930 to Federico and Soledad Hernandez. He was raised in Weslaco, where he attended school, along with his nine brothers... View Obituary & Service Information

The family of Benito Hernandez created this Life Tributes page to make it easy to share your memories.

Send flowers to the Hernandez family.