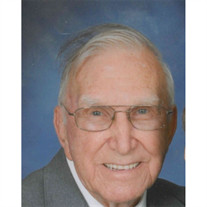 Mercedes- Donald R. Stewart, 82, passed away on Tuesday, September 5th, 2017. He was born on October 11th, 1934, to Edward and Madge Stewart in Parkersburg, West Virginia. He was the second born and had two brothers and a sister. Don grew up in a home where going to church and serving God was a very important part of their life. It was not by chance that he met the love of his life, Eleanor, at church as a teenager. They were married April 25th, 1953 and would enjoy a full filling and loving marriage for 64 years. Don and Joyce raised their children in Ohio. Don worked very hard so that Joyce could stay at home to raise their five children. He worked as an electrician for various companies, but he spent most of his time, twenty five years, at Montgomery Ward. Even though he worked long hours, he always worked extra, doing any odd job he could find that involved electrical work or handy work. He still made sure that he got his family to church on Sundays. He and Joyce moved to the valley in 1999, where they were faithful members of the Church of Christ on Bridge Avenue in Weslaco. Don was not only great at doing handy work, he really enjoyed it. He remodeled the entire kitchen at their church. Many times the grown children found him remodeling or re-wiring their homes. Joyce had a hard time keeping up with the constant need to improve everything. As the kids grew up and moved away, Joyce became his right hand woman and would work right along side her handy man. When Don was not working, he did love to play golf. He and Joyce also enjoyed many road trips as Don had his ham radio license. He loved to communicate on the CBs. They also took many camping trips with the children. Donald is preceded in death by his parents, Edward and Madge Stewart, his brother Lester Stewart and his sister, Zella Hendricks. He is survived by his wife, Joyce, his children Cheryl Adams (Keith) of Mercedes, Randy Stewart (Teresa) of Jackson, TN, Patricia Kooken (Dan) of Hooksett, NH., Robin Hall (Jamie) of Mansfield, OH, and Ed Stewart of Zanesville, Oh, his grandchildren, Erin Jones, Megan Stegall, Courtney Fields, Jay Stewart, Jonathon Stewart, Brandi Callery, Sean Hall, Amber Hall, and Samuel Stewart, ten great grandchildren, and numerous nephews and nieces. Memorial service will be held at a later date. Don will always be remembered as a Christian man with strong Christian values and a very strong work ethic. He was a wonderful provider, husband and father. He will be missed by all. In lieu of flowers that family would like donations to be made to the Aurora House, PO Box 976, Weslaco, TX 78596.

Mercedes- Donald R. Stewart, 82, passed away on Tuesday, September 5th, 2017. He was born on October 11th, 1934, to Edward and Madge Stewart in Parkersburg, West Virginia. He was the second born and had two brothers and a sister. Don grew up... View Obituary & Service Information

The family of Donald R. Stewart created this Life Tributes page to make it easy to share your memories.

Send flowers to the Stewart family.