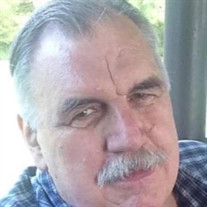 Weslaco/Beeville- Richard Delbert Stubbs Sr., 76, passed away on March 27, 2022, at Knapp Medical Center in Weslaco. On October 21, 1945, Richard was born in Eugene, Oregon, and raised by parents, Cless E. and Esther (Davis) Stubbs. Richard's parents were Christian Evangelists and traveled around the country preaching the word of God. He spent most of high school in California and graduated from Petaluma High school. Richard was a standout athlete and a star basketball player. As a result, he earned a full-ride scholarship to play basketball for the University of Oregon. Still, Richard suffered from a ruptured appendix during his first year, so he returned to California, where he started a career. Richard started his career as an ironworker in the San Francisco area. However, Richard was mechanically inclined and always loved electronics, so he became an electronic technician. Richard saw an opportunity in the electronic repair business and purchased a Television Repair Shop in California. He successfully ran and operated Hassets Radio and TV for many years before working in the High Tech Truck Camera Systems industry. When Richard was working in the camera truck industry, he enjoyed traveling the world after creating training programs to repair and operate the cameras. Richard enjoyed playing sports; softball and basketball were a couple of favorites. In addition, he loved riding dirt bikes and racing open-wheel cars on a dirt track. Richard also enjoyed water skiing and even built his boat. He and the kids spent many weekends water skiing and camping out in the evenings. In 1984, Richard married Minerva Perez, and after 3 of 4 children graduated, they settled in Beeville, Texas, to be closer to Minerva's family. Later in life, Richard decided to locate his biological family and gained thirteen new brothers and sisters. He made it a point to try and get to know them and was deeply appreciative of this opportunity to enjoy a family. Richard is preceded in death by his parents, Cless and Esther Stubbs, and his wife, Minerva Stubbs, brothers, Butch, Tony, and Clinton Fackrell, sisters Deanna, Joyce, and Claudia Fackrell. He is survived by his children, Richard D. Stubbs Jr. (Amy) of Weslaco, Melissa Palu of Monte Rio, California, Justin N. Stubbs of Weslaco, and Edward McCloud of Sebastopol, California, brothers, Oren, Ronnie, Bryce, Mike, and Buddy Fackrell, sisters, Mona, Nella, and Virginia Fackrell, fifteen grandchildren, and twenty-five great-grandchildren. On Friday, April 1st, 3-9 pm, visitation will be at McCaleb Funeral Home, with a prayer service at 7 pm. A celebration of life will be Saturday, April 2, at 10 am, followed by burial at Weslaco City Cemetery.

The family of Richard Delbert Stubbs created this Life Tributes page to make it easy to share your memories.

Send flowers to the Delbert family.